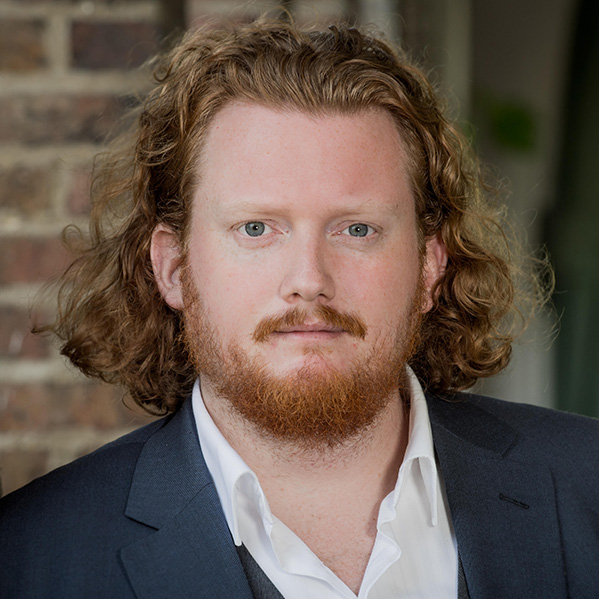 Winner of Second Prize at the 2008 Kathleen Ferrier Memorial Competition, Alexander Robin Baker graduated from the National Opera Studio. Born in Epsom, Surrey, he was a Music Scholar at the Royal Hospital School, Holbrook, and graduated B.Mus. with first-class honours from the Guildhall School of Music and Drama, graduating from the Post Graduate Vocal Studies Course under the tuition of David Pollard. During his time at the Guildhall he took part in many Operas, Concerts and Masterclasses, most notably with Sir John Tomlinson, Graham Johnson and Sarah Walker.

Alexander Robin Baker continues his vocal studies, now as a tenor, with David Pollard, making debuts during 2019 / 2020 with Opera North as Michelis The Greek Passion, a performance recorded and broadcast by BBC Radio 3, and with Scottish Opera as Myfannia Trump in Aberdeen.

Since creating the role of Father / Other Father in Coraline, he has worked regularly with Mark-Anthony Turnage. In Summer 2022 he made his debut with Opera Holland Park as Don José Carmen, which he will also cover for English National Opera and sing for Trinity Orchestra, Harrow. Current engagements further include Messiah at the Hackney Empire, Verdi Requiem at The Sheldonian Theatre, Oxford, and in Truro Cathedral and A Gala Celebration of Gilbert & Sullivan on tour with Tarantara!

Alexander Robin Baker sings Rome is now ruled by the Etruscan upstart from Britten's The Rape of Lucretia.