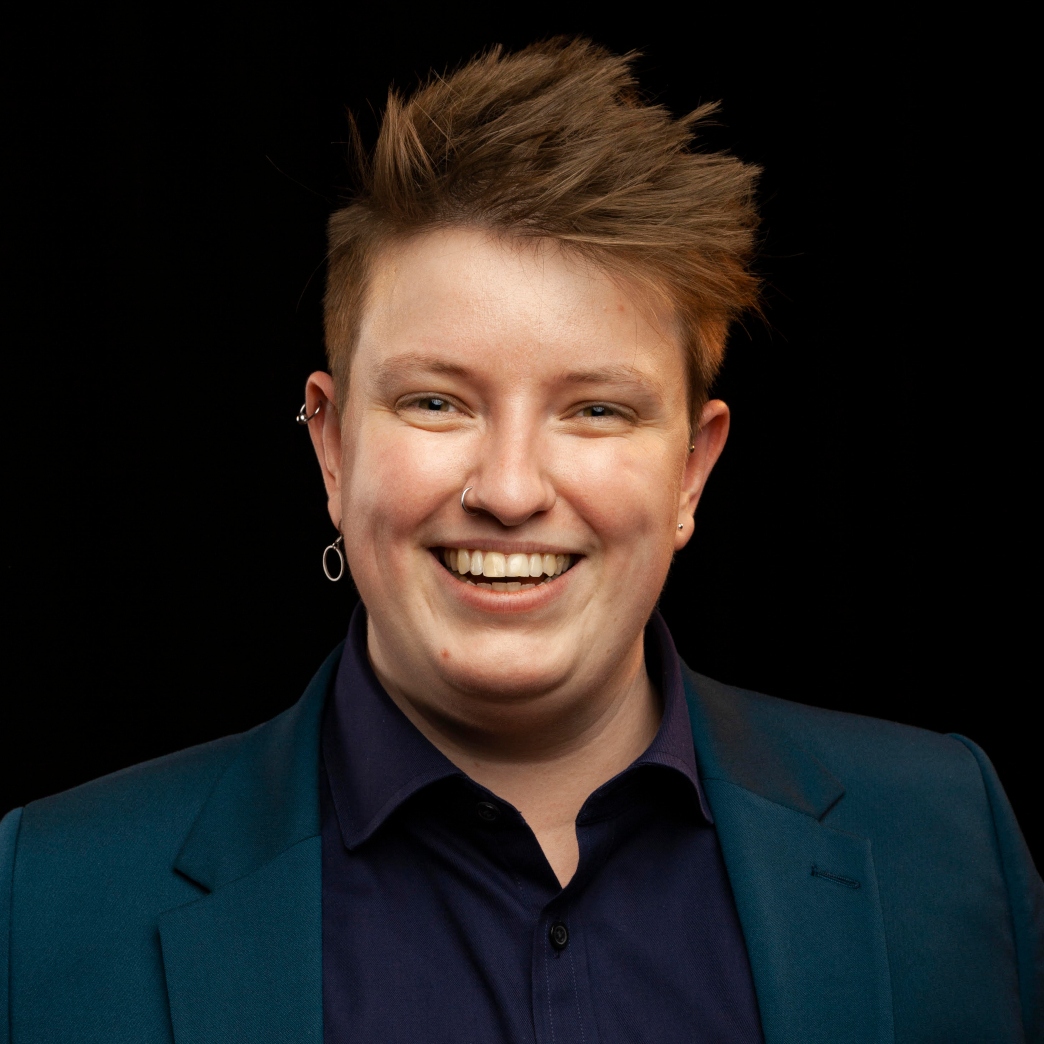 Winner of Second Prize at the 2020 Kathleen Ferrier Awards, Ella Taylor is a soprano with a passion for performing contemporary music and works by women and gender non-conforming artists. They graduated from the Royal Academy of Music, where they gained Distinction in MA Performnace, a DipRAM for an outstanding final recial and the Charles Norman Prize and during 2019 / 2020 were a Young Artist at London’s National Opera Studio, their studies generously supported by Cooper Sinclair, the Sybil Tutton Award from Help Musicians UK and the Opera Awards Foundation. They currently study with Elizabeth Ritchie. Accolades include the Lesley Garrett Opera Prize (David Clover Singers Platform), finalist in the Peter Hulsen Orchestral Song Award with the Southbank Sinfonia, and being awarded BBC Chorister of the Year.

Further operatic experience includes Galatea Acis and Galatea at the Royal Academy of Music, Countess Almaviva Le Nozze di Figaro  for the Strand Chamber Orchestra and Second Lady Die Zauberflöte for Lyric Opera Studio, Weimar. They have also created the roles of Susanne Meyer in Jonathan Higgins’s Schutzwall for Tête à Tête and Father in Alex Mills’ and Gareth Mattey’s A Father is Looking for his Daughter  for Rough for Opera/Second Movement, as well as performing in scenes as Agnès Written on Skin, The Governess The Turn of the Screw, Vixen Sharp-Ears The Cunning Little Vixen and Cendrillon in both Massenet and Viardot’s versions of Cendrillon.

Notable concert highlights include Górecki’s Symphony of Sorrowful Songs at Sheffield Cathedral, Schönberg’s Pierrot Lunaire at the Royal Academy of Music, and a performance on BBC Radio 3 of Oliver Knussen’s Trumpets at the British Composer Awards. Their BBC broadcasts further include Music Matters and their concert repertoire includes many of the major oratorios by J. S. Bach, Handel, Haydn and Mozart. Their recordings include Burst forth my tears / Flow my tears (featuring music by John Dowland arranged for synthesisers), available on Classical Remix.

Ella Taylor is a keen collaborator and recitalist, making a dedicated effort to work with and perform works by people underrepresented in classical music.  Recent collaborations include the project After Violence with _REMIX; an exploration of violence and masculinity through a queer lens with drag artist Rhys’s Pieces, as well as working with composers and librettists in the creation of new, LGBT+ work. Recently, they gave a talk for the Royal Opera House’s Engender 2021 Festival about navigating a career as a trans opera singer, and how companies can be the most effective allies they can be. They also have performed at Leeds Lieder as part of the Composer and Poets Forum and with Ensemble 360 at Music in the Round. A feature interview appears in the September issue of Opera Now.

Their current engagements include creating Satan in Bertie Baigent’s Paradise Lost for The Shipwright Theatre Company, Paris Paride ed Elena for Bampton Classical Opera, The Fox (Cover) The Cunning Little Vixen for English National OperaThe Cock The Cunning Little Vixen on tour with the City of Birmingham Symphony Orvhestra conducted by Mirga Gražinytė-Tyla (Birmingham, Dortmund, Hamburg, Paris), Fiordiligi Così fan tutte for Wild Arts Opera, Gerda in Errollyn Wallen’s The Paradis Files for Graeae, Mozart’s Mass in C Minor with Opus 48, Alicia Thomas’ Tell me when you get home with the London Sinfonietta and This Classical Life for BBC Radio 3. They will also be an Emerging Artist for Oxford Lieder’s Autumn 2021 season.

Engagements during 2022 / 2023 currently include Daughter 3 Akhnaten for English National Opera, Tebaldo Don Carlo for The Royal Opera, London, and Górecki’s Symphony of Sorrowful Songs with the Philharmonia Orchestra at the 2022 Bold Tendencies Festival.

A Feature Interview appears in the September 2021 edition of Opera Now.

Alicia Jane Turner: Tell me when you get home / London Sinfonietta 2022

“The sung lines, spoken passages and abstract vocalising were delivered with straightforward directness, reaching an almost overwhelming intensity towards the end of the piece…”

“Ella Taylor gives their all as The Cock and The Innkeeper’s Wife with their strong, clear soprano.”

“Taylor proved more than equal to the demands of style and technique, singing with a beautifully even tone – strong and  smooth across the registers, and with a shining glow at the top – fully expressive of Paris’ passion.”

“Ella Taylor made a bold and determined Paris, their firm voice charting a lithe and lively line.”

“Ella Taylor proved near ideal as Paris, they brought a bright flexibility to the vocal line and allowed a sense of tragic intensity to gradually build. Their solo which concluded Act Two was terrific, and it was simply part of a whole, we never doubted Paris’ seriousness or passion.”

“…their voice is bright, again notably clear in diction and responsive to nuance.”

“Taylor confirmed an impressive interpretative range in Fiordiligi’s ‘Teremari! … Come scoglio’ from Mozart’s Così fan tutte.  Both outer indignance and inner feeling were apparent in the compelling recitative, and it’s rare to hear the extreme vocal leaps as cleanly delivered as this, even from the most established singers.  Taylor has a hearty lower register and a glowing top; in between the tone is even and controlled.  Ornaments and trills were spot on, and the coloratura runs left one in no doubt of the soprano’s stamina and precision.  The tone was never compromised by the virtuosity and they remained musically unruffled throughout.”

“Of the vocal soloists, outstanding was the soprano Ella Taylor…an enviable maturity of voice and musicianship.”

“Taylor had a beautifully rounded tone and some irresistible vibrato…”