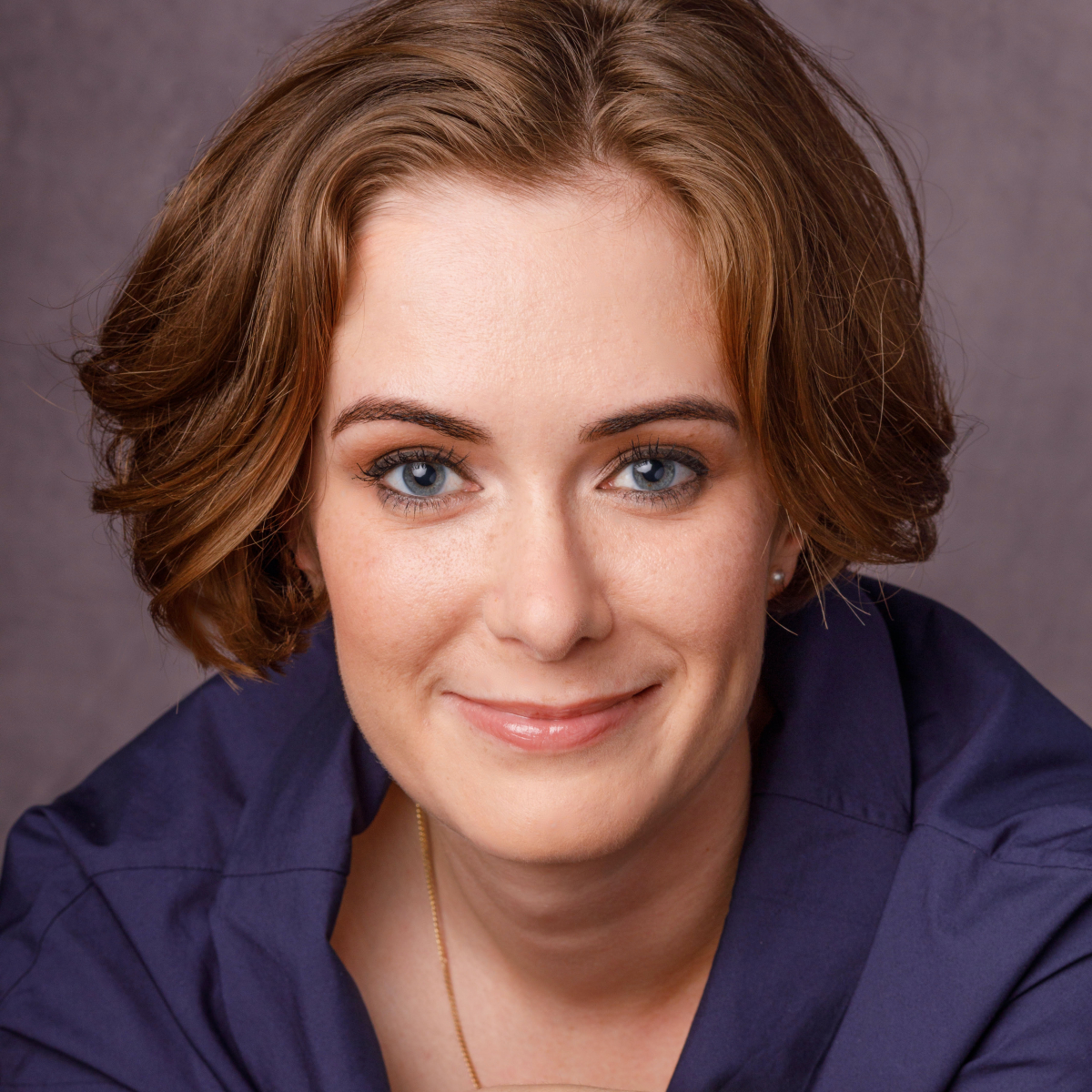 Born in Derbyshire, Harriet Eyley is a graduate of the Royal College of Music International Opera School where she studied for an Artist Diploma, supported by the Siow-Furniss and Henry Wood Accommodation Trust Scholarships. She is the recipient of a First-Class BMus Honours degree, a Distinction in her MMus degree and was awarded the prestigious DipRAM for an outstanding final recital and master’s dissertation from the Royal Academy of Music. Harriet remains under the tutelage of Lillian Watson.

She has worked with artists such as Sir Thomas Allen, Laurence Cummings, Malcolm Martineau and Roger Vignoles, and performed live for BBC Radio 3 In Tune and for HRH The Prince of Wales at Buckingham Palace. Concert engagements have taken her to Derby and Guildford Cathedrals, De Montfort Hall, Leicester, and London’s Barbican Hall, Science Museum and St John’s, Smith Square.  For British Youth Opera, she sang Nora Riders to the Sea.

Harriet Eyley was a second study pianist at the Birmingham Junior Conservatoire and remains thankful for past and present support including The Countess of Munster, Josephine Baker and Drake Calleja Trusts and Help Musicians UK.

Harriet Eyley was a Welsh National Opera Associate Artist between 2018 / 2020, her programme supported by the WNO Sir John Moores Award and the WNO Chris Ball Bursary. For WNO, she sang Frasquita Carmen, Norina Don Pasquale, Barbarina Le nozze di Figaro and Oscar Un ballo in maschera, as well as appearing in a series of concerts with the orchestra, A Night in Vienna.

Engagements during 2021 / 2022 include Beth Little Women for Opera Holland Park, Oriana Amadigi for English Touring Opera, Zerlina Don Giovanni for Welsh National Opera, Messiah on tour with Britten Sinfonia and Carols by Candlelight for Raymond Gubbay Ltd. With the Orchestra of Welsh National Opera, she will appears in concert for Play Opera Live and Return to Vienna.

Engagements during 2022 / 2023 currently include Kristina The Makropulos Affair for Welsh National Opera, for whom she will also sing Messiah at St David’s Hall, Echo Ariadne auf Naxos for Garsington Opera at Wormsley and Carols by Candlelight at the Kultur und Kongresszentrum, Lucerne.

“…a vocally stylish Harriet Eyley sustained the role of the young would-be singer with much grace.”

“Harriet Eyley makes much of Kristina.”

“Harriet Eyley’s Zerlina…catches precisely the agony of the honest but flighty peasant girl momentarily star-struck, lured into near disaster, rescued by music. Both her arias are among the loveliest things in all Mozart, and they both sounded it on this occasion.”

“Eyley is bright-toned with some appealing coloratura.”

“The soprano Harriet Eyley uses her flexible voice to great effect and is always in role, and at times is suitably tragic. She subtly builds her character over the course of the opera to emerge triumphant by the end…”

“Frasquita (Harriet Eyley) and Mercédès (Angela Simkin) were fully involved in the drama, sang with vibrancy, and were also clearly distinguished characters.”

“Harriet Eyley (Frasquita) and Angela Simkin (Mercédès) made attractive and vivacious companions of Carmen, singing and acting with pleasing commitment and judgement.”

“Harriet Eyley – whom I admired very much as the Vixen in RCM’s production of Janacek’s own forest foray last Autumn, and in Poulenc’s Les mamelles de Tirésias at the College earlier that year – was, as Tatyana, once again tremendously glossy of voice, adding some much needed glamour.”

“Harriet Eyley was an appealing Norina, with a big, well-rounded voice.”

“Harriet Eyley gives a magical two-fold performance as the cute dungaree-clad health drink seller, Norina, who transforms into a vivacious valleys siren and turns both Pasquale and Ernesto’s worlds upside down with love and desire while she dazzles the audience with her beautiful soprano delivery.”

“Harriet Eyley is both charming and puckishly naughty in her subterfuge…”

“Harriet Eyley, whose complex timbre takes her beyond a soubrette, threw herself into her characterisation of right-on Norina and lairy Sofronia, and Nico Darmanin’s all-singing, all-dancing Ernesto offered the vocal highlights.”

“Eyley, silver-toned and effortless, is by turns virtuosic and exquisite.”

“I enjoyed Harriet Eyley’s spirited portrayal of the conflicted Clotilde…”

“Harriet Eyley is a triumph as the Vixen, captivating vocally and dramatically and conveying a lovely innocence and ferocity…”

“As the Vixen, Harriet Eyley displayed thrilling brightness and vocal intensity, conveying the character’s vulnerability as well as her confidence and insouciance. In the moonlit interlude her soaring lyrical lines blazed with passion.”

“Harriet Eyley maximised the opportunities Barbarina gets to steal key moments in the action.”

“Harriet Eyley made a real impression, vocally and dramatically – a future Susanna.”

“…in Harriet Eyley, the RCM were blessed with a fine singing actress who projected imposingly but with a vocal warmth which assuaged some of Thérèse’s feisty unreasonableness. The challenging coloratura was sung with penetrating precision and a sparkle of panache.“

“It is a voice with wonderful warmth, clarity and tone, and she exudes charm on stage, and, in this role, a sense of mischief and fun whenever she appears. Definitely one to watch.”