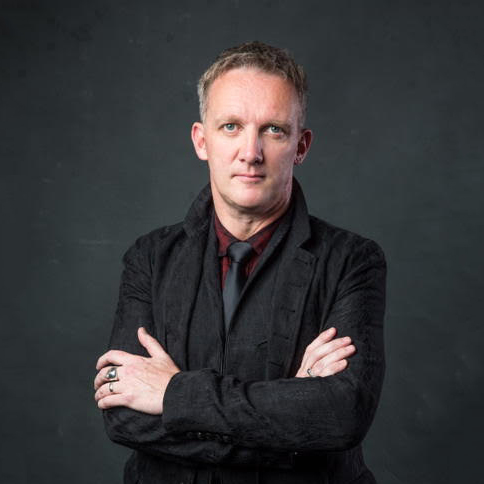 Dr John Rigby is a conductor, musical supervisor and musicologist who initially studied orchestral conducting at the University of Huddersfield and the Royal Northern College of Music. He gained his PhD from King’s College London having researched the cultural resonances of Franz Lehár’s ‘Berlin’ operettas during the Weimar Republic. He also holds an honorary Doctor of Arts from Edge Hill University in recognition of his work in musical theatre and conducting.

He began his career in Musical Theatre and has been Musical Director for a long list of prestigious productions. In Germany, he was Musical Director for Miss Saigon (Stuttgart) and Starlight Express (Bochum), whilst his West End credits include: Beautiful and Damned (Lyric); The Drowsy Chaperone (Novello); The King and I (Palladium); The Last Empress (Apollo, Hammersmith); Marguerite (Theatre Royal, Haymarket); Les Misérables (Palace and Queens); The Phantom of the Opera (Her Majesty’s); The Pirates of Penzance (Savoy); The Producers (Theatre Royal, Drury Lane); and Sinatra (Palladium). He was Musical Director for the London première of Christopher Wheeldon’s An American in Paris at the Dominion Theatre and also conducted and supervised the workshops for Andrew Lloyd Webber’s 2018 reworking of Starlight Express at The Other Place, London as well as the 2019 revival of Joseph and the Amazing Technicolor Dreamcoat starring Jason Donovan and Sheridan Smith (Palladium).

As Musical Supervisor, he worked on the UK tours of The Producers (starring Peter Kay and Joe Pasquale); The King and I; Cameron Mackintosh’s 25th Anniversary Tour of The Phantom of the Opera (UK and US); the arena world tour of Jesus Christ Superstar (starring Tim Minchin and Melanie C); the Korean production of Les Misérables (in both Daegu and Seoul); Miss Saigon at London’s Prince Edward Theatre; Andrew Lloyd Webber’s School of Rock (London, Australia & US Tour); and most recently the Russian première of Chess at the MDM Theatre in Moscow.

Other engagements have included Andrew Lloyd Webber’s 70th Birthday Celebrations with the Royal Philharmonic Concert Orchestra; a Verdi Gala for Lyric Opera, Dublin; return seasons of Classical Spectacular with the Royal Philharmonic Orchestra at the Royal Albert Hall; the Johann Strauss Gala Tour, Now That’s What I call the 80s – Live! The Music of Bond and numerous other concert programmes for Raymond Gubbay Limited; and the Annual Leeds Castle Classical Open-Air Concert for which he also serves as artistic director.

Future plans include the supervision of Andrew Lloyd Webber’s Cinderella, scheduled to open in Spring 2021 at London’s Gillian Lynne Theatre and the return of Joseph and the Amazing Technicolor Dreamcoat to the London Palladium in Summer 2021.

“You do need a top class orchestra, and with the London Philharmonic alternating with the Philharmonia, and sounding buoyant under John Rigby, that base is well covered.”

“The chorus is strong: the Philharmonia, which alternates with the London Philharmonic for the duration of the run, is superb under John Rigby’s brisk beat.”

“Under John Rigby as conductor, the London Philharmonic, which will alternate with the Philharmonia, is wonderfully fleet.”

“Under the baton of John Rigby, these musicians produce cascades of glorious sound, giving serious heft to the score”

“John Rigby’s superb conducting, which is both rigorously accurate and full of Viennese fizz…”

“Die Fledermaus doesn’t need the greatest singers in the world, the greatest instrumentalists in the world or the most lavish of sets. What it does need, in keeping with the champagne theme that runs through the operetta, is fizz and sparkle. And in the overture at Opera Holland Park, that’s exactly what John Rigby and the City of London Sinfonia gave us, gambolling through the cascade of tunes with energy and definition. Rigby is interesting to watch: strict time from the baton; encouragement and verve from a wide range of facial expressions.”

“From the Overture onwards it was clear how well-suited John Rigby’s conducting was for this quintessentially Viennese score, complemented by some idiomatic and lilting playing from the City of London Sinfonia.”

“In the pit, John Rigby gets silky-smooth stringtone and plenty of woodwind brio from the City of London Sinfonia.”

“The evening is a delight. John Rigby conducts the City of London Sinfonia in an energetic and stylish account of the score, which they play beautifully. The strings soar with verve, the comedy deftly painted and Prince Orlofsky’s party flourishing with élan. It all resounds with an impressively light, Viennese elegance, perfect complement to Adam Scown’s impressive choreography and the adroit comic timing of a talented cast.”

“Guiding the show, conductor John Rigby exhibited a no-nonsense approach borne of his experience in musical theatre, and the shirt-sleeved City of London Sinfonia served him well…this was a wise conducting appointment for the score danced to a tight beat, while the woodwind players were allowed some slack for their expressive rubatos. The overture took off like a shot and the momentum did not flag.”

“Things got off to a superb start with John Rigby’s account of the overture. Rigby is a conductor whose credits include substantial experience in West End musical theatre. He encouraged the orchestra to perform with a sense of crisp rhythmic discipline which formed a vivid underpinning of Strauss’s lovely melodies. Whilst these were given with the requisite flexibility, I enjoyed the way Rigby brought out the underlying structure. This crisply stylish and engaging performance set just the right tone for the whole operetta.”

“John Rigby, experienced in the West End, leads the City of London Sinfonia in a relaxed yet effervescent account of the score”

“Led by John Rigby, the City of London Sinfonia whisks the waltzes into shape.”

“During a faultless first session, conductor John Rigby leads us through interpretations of Wagner, Bizet and Elgar with energy and verve; stopping to offer crowd anecdotes before leading the excellent Hallé orchestra and Leeds Festival Chorus group.”

“Conductor John Rigby engaged with his audience and led the Halle Orchestra beautifully.”

“He had the measure of what the audience wanted, and supplied it in full, smoothing the path when needed but often letting the music speak for itself…”

“Conductor John Rigby set perfectly-judged and relaxed tempos throughout, and did everything with elegance and flow.”

“Rigby captured the pulse of the music with brisk tempi but he allowed space for soe eloquent string and woodwind phrasing of the big Waltz theme.”