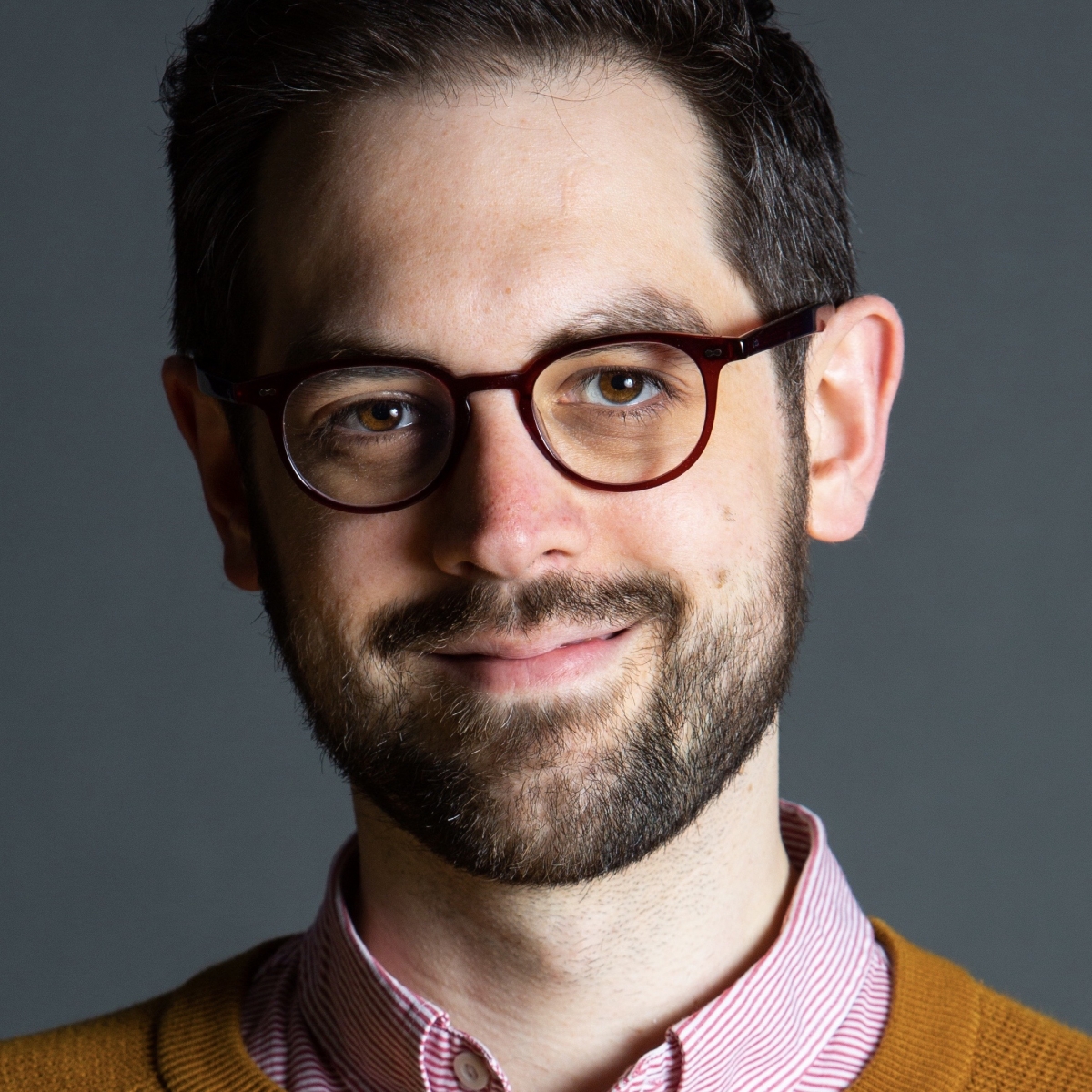 Aside from his established career as an opera singer, John Savournin has created productions both as Artistic Director of Charles Court Opera, and as a freelance director, devisor, and writer, working primarily in Opera and Musical Theatre.

Recent Opera engagements include his main stage debut for Opera North with Trial by Jury, as part of the company’s season of Little Greats, a staging of Benjamin Britten’s Songs and Proverbs of William Blake for English Touring Opera (lost to the pandemic), Express G&S and Iolanthe for Charles Court Opera and The Sorcerer for the National Gilbert & Sullivan Opera Company. He won the ‘Offie’ award for Best Opera Production for his production of H.M.S. Pinafore for Charles Court Opera in 2019.

He has written, devised and directed numerous education and outreach projects for companies such as Opera North, the Royal Opera House, Opera Holland Park and the Concordia Foundation, of which he is the Education Manager.  He has directed Opera North’s series of Whistle Stop Operas to date, including The Mini Magic Flute, which was commissioned for the CBBC Summer Social, and What is Opera? which aired on the BBC’s Opera Passion series.  He has written several opera adaptations for the Royal Opera’s Opera Dots series and directed an adaptation of The Pirates of Penzance for Opera Holland Park’s ‘Inspire’ programme.

As the Education Manager for the Concordia Foundation, he has written and directed original musical works for performances linked to and involving schools in London, including their most recent project The Man in the Moon – there’s no Planet B? which focussed on climate change and recycling.

John Savournin founded Charles Court Opera in 2005. His productions for the company have included Iolanthe, The Mikado, H.M.S. Pinafore, Ruddigore, Buttons: A Cinderella Pantomime, King Tut – An Egypt Panto, and both The Magic Flute and The Barber of Seville for co-productions with Iford Arts.  He has written/directed CCO’s fourteen pantomimes to date, often also appearing as the Dame or Villain, and directed an evening entitled Avant-Garde including Schoenberg’s Pierre Lunaire, Peter Maxwell-Davies’ Eight Songs for a Mad King and a series of Beckett shorts.  Most recently, he has directed Express G & S – A Murderous, Musical, Mystery Tour.

Elsewhere, John has directed a rare revival of Sondheim and Rogers’ musical Do I Hear a Waltz? at the newly opened Park Theatre in London; Tosca and Il Barbiere di Siviglia for the Musique Cordiale Festival in the South of France; Handel’s Giulio Cesare for Trinity College of Music at the Blackheath Halls; Acis and Galatea; Cosi fan tutte; The Impresario; Rimsky-Korsakov’s Mozart and Salieri and Wolf Ferrari’s Susanna’s Secret.

In Summer 2021, he directed The Pirates of Penzance for a co-production between Opera Holland Park and CCO and will return in Summer 2022 to direct H.M,S. Pinafore. Other up-coming projects include the Spring 2022 Opera Highlights Tour for Scottish Opera. creating a new ‘Young Audiences’ production for CCO, as part of their Concordia Foundation Legacy Award, recording new opera podcasts for ‘Little Radio’ alongside CBBC presenter Chris Jarvis – a project supported by Arts Council England and the Concordia Foundation, directing Opera Scenes for the Guildhall School of Music and Drama, reviving The Mini Magic Flute for Opera North and directing CCO’s Beowulf – An Epic Panto at The King’s Head Theatre.

The CCO production of Iolanthe, now available on CD and to download, was selected as a Sunday Times CD of the Week.

“Savournin has crafted another genuinely heartwarming morality tale with a panto top-coat. In an entertaining and subversive way, it champions themes of love, image and acceptance.”

“Savournin as director had a whole lot of stage to use and a tonne of ideas to fill it with.”

“Multi-skilled John Savournin, starring as the Pirate King and also director of the two-act comic opera, immerses us in a Toy Story-like world where a child’s birthday gifts – a Playmobil pirate ship, wind-up toy soldier and brightly coloured bricks – are brought to life.”

“Director John Savournin presented a colourful and energetic show, full of charm, some of it traditional, some new, but all entirely in keeping with G & S traditions.”

“(Opera Holland Park’s) minimal, witty staging of The Pirates of Penzance, excellently sung, came as close to cracking my stony, Gilbert-and-Sullivan-resistant heart as anyone could. John Savournin directed, and also sang a mean Pirate King…”

“Director John Savournin, who also sings the role of the Pirate King, is no stranger to directing comic opera…He offers an intuitive and charming production concept.”

“Multi-talented John Savournin – a suave Pirate King – also directs with a security of tone that raises laughs in all the right places and yet ensures the logic of Gilbert’s plot, however absurd, makes sense.”

“It’s rare in London to see and hear Gilbert and Sullivan performed with such dazzle and panache as this.”

“A whistle stop jaunt through the G & S canon in 75 minutes. Five Stars.”

“Beautifully delivered, effectively and rather touchingly pointing up the little observations Gilbert intended about the follies and absurdities we are such avid heirs to…”

“Pasticcio is alive and well in the hands of Savournin…This is very much Savournin’s show…arranging, writing and directing three singers and two puppets, accompanied by violin and piano…an extremely valuable tool to encourage future audiences”

“John Savournin’s clever adaptations of operas often involve a change of focus… Savournin crafts a coherent, pleasingly silly, plot. Viardot supplies Cinderella’s dreams, Rossini the comic patter, Massenet the magic tree and the Prince as a travesty role and Rodgers and Hammerstein the big romantic moment with “Do I love you because you’re beautiful?”

“In the middle of the bleakest holiday season in recent memory, we don’t have to look any further than ‘Snow White in the Seven Months of Lockdown’ for an inoculation of positive energy, humour and joy.”

“Charming and bombastic, this production rises well to the challenges of not having the usual sort of audience interaction that pantomime is known for.”

“Once again, Charles Court Opera have delivered a pantomime that showcases all the talent involved brilliantly to offer real festive entertainment.”

“Lockdown has clearly set the creative juices flowing…a panto like no other…the Charles Court Opera Company’s annual foray into pantomime has always been very much into a world of their own with at its heart arguably the best pantomime dame around – the multi-talented beanpole that is John Savournin, singer serious but dame delirious.”

“This year they have been forced to work behind closed doors, but their boundless, chaotic imaginations have not been restrained in the least and again, they have created a unique show dressed up in their distinctive style.”

Spy in the Stalls

“The writing is witty and well thought out, but leaves enough room for those classic panto gags that keep us coming back year after year.”

“Director John Savournin has created a lively, accessible and stripped-down Flute for Iford which gives the lovers Tamino and Pamina a clear choice between the superstitious tribal culture of the Queen of the Night, and the humanist ethos of Enlightenment philosophy pioneered by the philosopher-sorcerer Sarastro.”

“The director, John Savournin, has an impressive track record, both as director and performer, in Gilbert & Sullivan productions, so has had a good deal of practice in being creatively silly, but this joyous opera at the King’s Head must be his most glorious production yet.”

“Savournin at his most resourceful.”

Do I Hear a Waltz? / Park Theatre

“Savournin can be proud of a well-rehearsed, very well-sung interpretation.”

“There is a refreshing simplicity and lack of fuss about John Savournin’s direction.”

The Barber of Seville / Charles Court Opera at Iford Arts

“Making a virtue out of this challengingly small stage area, the sense of eavesdropping never leaves the audience thanks to having to peer between the arches of the cloisters, and director John Savournin maximises this to the full.”

“…an ensemble cast who, under the direction of John Savournin, worked exceptionally well.”

“John Savournin’s production gives you exactly what you need.”

“Gilbert and Sullivan wrote The Mikado during a national fixation with all things Japanese, but in his infinitely inventive production, director John Savournin enjoys to the full the work’s universal strands: the idiocy of pompous self-regard, the resourcefulness of lovers and the madness of legislation and procedure.”

“John Savournin directs with surety and panache. The production simply cannot be bettered.”

The Spy in the Stalls

“From the opening explosion of energy this is a show that knows where it’s heading, and that’s to five-star heaven. Savournin’s direction never misses a beat.”

“Charles Court Opera’s dynamic and brightly-sung production, created by actor-director John Savournin, captures our attention from the outset and holds it joyfully until the rousing final chorus.”
Bachtrack

“CCO’s fast moving production is directed by John Savournin who has taken 1950s Hammer horror movies as his inspiration. Somehow, the intermittent menacing rumbles of thunder and eerie lighting underline the Hammer connection. The concept works brilliantly, particularly with such a talented cast.”

“John Savournin’s production of Trial by Jury was a delight from start to finish.”

“First mention must go to director John Savournion and movement director Tim Claydon who ensured that a feverish energy was maintained throughout with a range of contrapuntal, virtuosic stage that business that was bewildering.”

“All you really need to know about the veteran Savoyard John Savournin’s 1920s updating of Trial by Jury is that it’s a delight; a screwball P.G. Wodehouse world of blustering bobbies, stuffed chihuahuas, tweedy jurors and cakewalking judges in straw boaters, cast and conducted  to sparkling perfection…It’s the best Trial by Jury I have ever seen.”