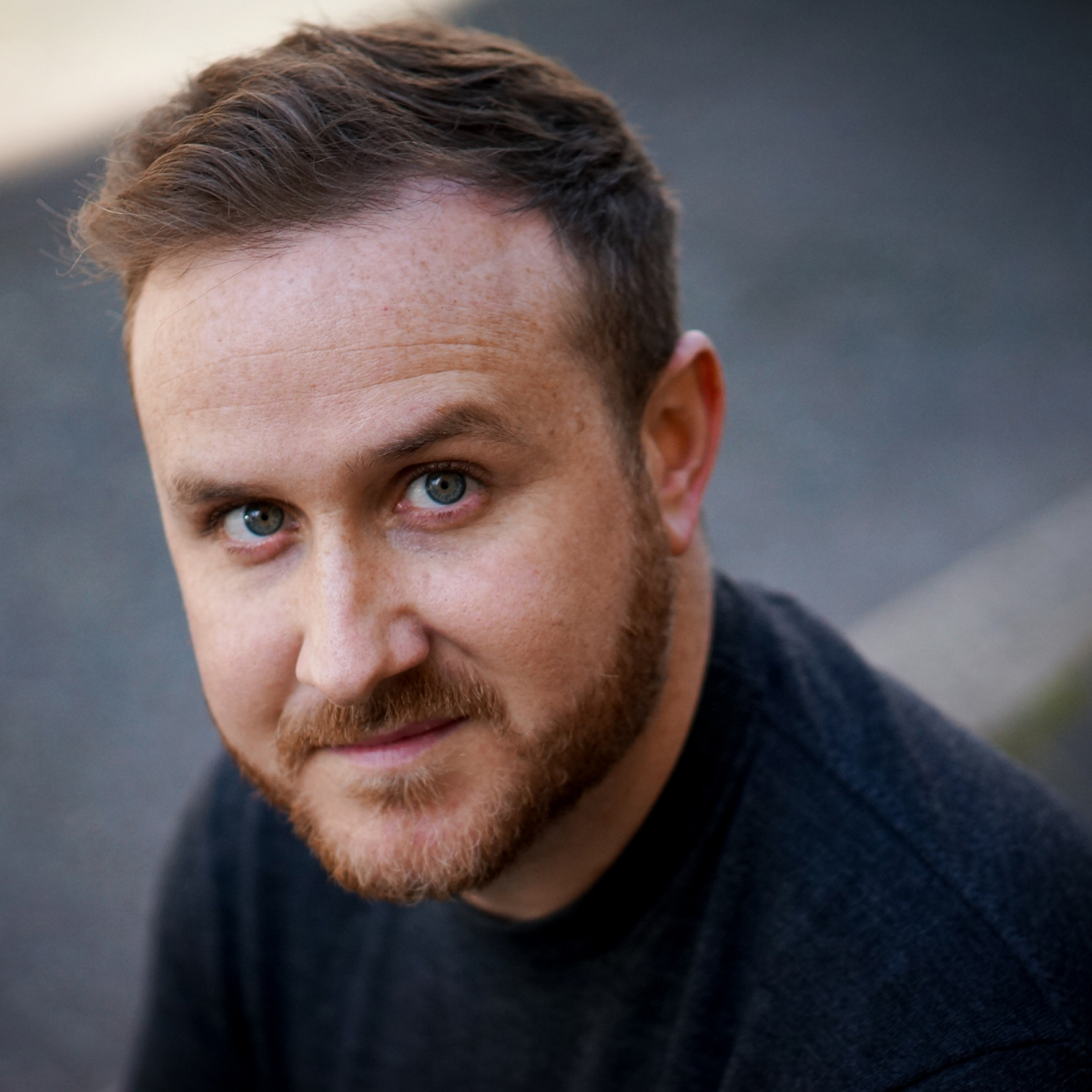 Winner of the Maureen Forrester Prize and the German Lied Award at the 2018 Concours Musical International de Montréal, Winner of the 2017 Wigmore Hall / Kohn Foundation International Song Competition, the 2017 Kathleen Ferrier Awards, and the 2015 Maureen Lehane Vocal Arts Award, British / New Zealand baritone Julien Van Mellaerts graduated with the Tagore Gold Medal from the International Opera School of the Royal College of Music. His studies have been supported by the 2016 Kiwi Music Scholarship, a 2016 Countess of Munster Award, the Hunn Trust and the ongoing support of the Dame Kiri Te Kanawa Foundation. He graduated in Summer 2017, having been a Fishmongers Company Scholar, supported by a Toeman Weinberger Award. He is also a scholar and alumnus of the Verbier Festival Academy, the Heidelberger Frühling Lied Academy with Thomas Hampson, the Bayreuth Festspiele Stipendium, a Samling Artist and a lauréat of La Fondation Royaumont.

He has toured with James Baillieu for Chamber Music New Zealand, and given recitals with Julius Drake at the Wigmore Hall, the Pierre Boulez Saal, Berlin, the Enniskillen International Beckett Festival, for the Juan March Foundation, Madrid, and at Temple Song, London. Further recital engagements have included Schubert Die schöne Müllerin with Jocelyn Freeman at Blackheath Halls and with Daniel Gerzenberg at the Piano Salon Christophori, Berlin, Wolf Italienisches Liederbuch with Mary Bevan and Joseph Middleton for Leeds Lieder, The Sexual Outsider – Settings of Walt Whitman for the 2019 London Song Festival, A Heine Liederkreis at Oxford Lieder, the Lied Festival Victoria de Los Ángeles (LIFE Victoria), Barcelona, with Simon Lepper, and Northern Ireland Opera’s Glenarm Festival of Voice. With the Royal Ballet, he appeared in Elizabeth with Zenaida Yanowksy at the Barbican Hall and with Sergey Rybin, he gave a Crush Room Recital at the Royal Opera House.

His current engagements include Duke of Nottingham Roberto Devereux with Chelsea Opera Group, Count Almaviva Le nozze di Figaro for Opera Holland Park, Sonora La Fanciulla del West at the Verbier Festival, further performances of Brahms German Requiem with Ensemble Aedes in Rouen and Tourcoing, the world premiere of John Lubbock’s orchestration of Dichterliebe with the Orchestra of St John’s, and a return to LIFE Victoria with Christiane Karg and Simon Lepper, as well as Momentum recitals with Louise Alder and Roderick Williams.

His current engagements include Duke of Nottingham Roberto Devereux with Chelsea Opera Group, Count Almaviva Le nozze di Figaro for Opera Holland Park, Sonora La Fanciulla del West at the Verbier Festival, further performances of Brahms German Requiem with Ensemble Aedes, the world premiere of John Lubbock’s orchestration of Dichterliebe with the Orchestra of St John’s, Mahler Des Knaben Wunderhorn with the Scottish Chamber Orchestra , A Dangerous Obsession for the London Song Festival and a return to LIFE Victoria with Simon Lepper, as well as Momentum: Our Future, Now recitals with Louise Alder and Roderick Williams at the Wigmore Hall and for Proms at St Jude’s.

In response to the COVID-19 pandemic, which cost him debuts with the Israeli Opera as Silvio Pagliacci and at Amsterdam’s Concertgebouw and the Teatro Nacional de São Carlos, Lisbon, for Des Knaben Wunderhorn, a return to the Verbier Festival as Masetto Don Giovanni, Harlekin Ariadne auf Naxos with the Philharmonia Orchestra and Mangus The Knot Garden with English Touring Opera, Julien Van Mellaerts co-organized and co-curated Whānau: Voices of Aotearoa, far from home. Devised to highlight the plight of and raise funds for those New Zealand singers unable either to return home or work, the concert was recorded at London’s Royal Albert Hall and broadcast on both YouTube and Radio New Zealand Concert.

“Van Mellaerts performed songs by Hugo Wolf with exceptionally natural expression, presenting each piece as if the page of a personal diary.”

“Julien Van Mellaerts was wonderful in every song. With a voice full of expression, he gave a different nuance to each phrase. Each song was a delicate jewel of art that resonated within us.”

“From the beginning of the recital, Julien Van Mellaerts showed a voice of beautiful quality, well-schooled and flexible.”

“…van Mellaerts cut an assured figure on stage and sang with an open, engaging tone.”

“A beautiful voice is not enough to animate a recital, and animation was what the New Zealand baritone Julien Van Mellaerts and the British pianist Gamal Khamis brought to their Schumann, Britten, Tchaikovsky and Debussy, alert to the specifics of style, language and character in each miniature narrative. No surprise that Van Mellaerts, witty and wiry-toned, walked away with the top prize.”

Elizabeth / Royal Ballet at the Barbican

“…the baritone Julien Van Mellaerts brings the songs to life with warmth and wit.”

“Julien Van Mellaerts as Mr Gedge (the vicar) was the most natural, pursuing the headmistress Miss Wordsworth with glutinous sincerity and some lovely singing.”

“Julien Van Mellaerts’ Mr Gedge seizes attention and simply won’t let go. There’s such detail in his oleaginous vicar, so ghastly-fond of Miss Wordsworth that even in the crowded scenes of Act II he draws the eye, constantly inventive.”

“Julien Van Mellaerts simpers deliciously as Mr Gedge the vicar, providing some of our finest moments of humour …”

“The baritone Julien Van Mellaerts gave a winningly detailed performance as Reverend Gedge, alert to the nuances of the text and aware of his fellow singers…”

“As a well-deserved award winner of numerous singing competitions, Julien Van Mellaerts became the shooting star of the evening in the title role of Figaro. The young New Zealander is still unknown on the opera stage, but his charisma and vocal elegance were in no way inferior to the Count of Florian Boesch.”

“The character of Papageno requires a lot of theatrical energy and lightness, which the baritone, with his assured voice and clear and articulated projection, absolutely fulfilled, anchoring the show, and quickly making him the most touching character of the opera.”

“The “feel-good” Papageno of New Zealander Julien Van Mellaerts maintains an appreciable balance between acting and singing. Neither clumsy, nor a victim, he is entirely believable with his full, commanding voice, without exaggeration whether legato or staccato.”

“As Le Mari, New Zealander Julien Van Mellaerts displayed the characteristic ‘open, engaging tone’ and ‘muscularity and vitality’ that I’d enjoyed at the Kathleen Ferrier Awards Final earlier this year. Van Mellaerts delighted in the grotesqueries and improbabilities, and the brightness and power of his baritone enabled Le Mari to hold his own against his wife’s feminist proselytizing.”

“Aeneas (who sometimes strikes me as a complete cad) sounded sincerely in love with the queen in Julien Van Mellaerts’ emotionally charged portrayal.”

“Outstanding was Julien Van Mellaerts as the Companion, binding the tale together and reflecting the interface between the temporal and magical worlds with his warm and richly focused baritone.”

“Julien Van Mellaerts used his lovely, beguiling tone and dramatic nous to make us warm to this Nick Shadow with good intentions.”

“…the professional leads – notably Kate Valentine as a princess with a Turandot complex and Julien Van Mellaerts as the (possibly angelic) Travelling Companion went at it with absolute sincerity and a real sense of Stanford’s lyrical idiom.”

“…there are finely achieved performances from David Horton, a likeable Everyman-figure as John, Julien Van Mellaerts as his enigmatic companion, Kate Valentine as the determined Princess, and Pauls Putnins as her fair-minded father.”

“…the soloists – David Horton as the lad, Julien Van Mellaerts as the stranger, Kate Valentine as the princess, and Pauls Putnins, Felix Kemp and Ian Beadle in smaller roles – are all admirable…”

“Julien Van Mellaerts (whom we saw in Rossini’s La Gazzetta at the Royal College of Music) and Richard Walshe (who was Figaro in Mozart’s Le nozze di Figaro at the Royal College of Music) made a fine double act as Schaunard and Colline. Van Mellaerts was finely amusing in his solo in Act One (when the Bohemians have absolutely no interest in Schaunard’s recitation of how he got the money which has bought them the food), and Walshe gave a fine farewell to his overcoat. But more than that, they joined with Christopher Cull and Stephen Aviss to bring out a delightful sense of camaraderie and shared experience in the lives of the four Bohemians, you really did get a sense of it being the four young men against the world. The horse-play was perhaps a little more stately, less rumbustious than usual, but that is no bad thing and the mock dance etc in Act Four made sense in the new context.”

“Eisenstein, the philandering husband about to go to prison for assaulting a police officer, was sung by the New Zealand baritone Julien Van Mellaerts. He managed to be both bumptious and suave, while also negotiating the high notes skillfully.”

“Julien Van Mellaerts made a nicely fatuous Eisenstein, and his sunny tenorial baritone made one regret the character’s lack of an aria.”

Julien Van Mellaerts as Britten's Billy Budd in the Darbies