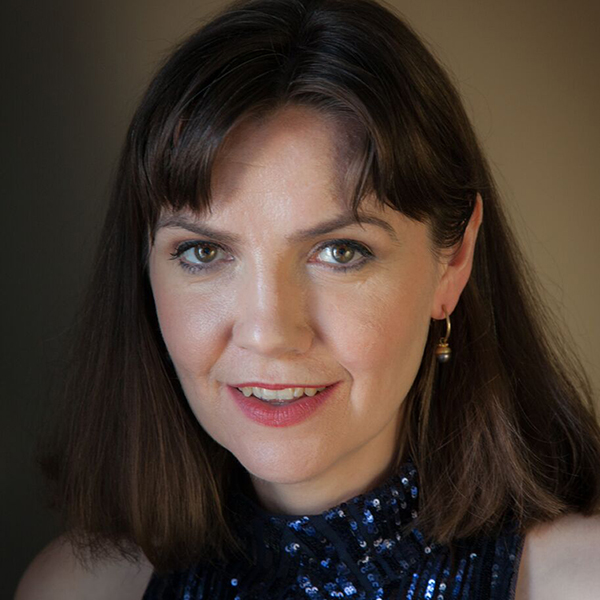 Born in Scotland, which she represented at the BBC Cardiff Singer of the World Competition, Lee Bisset studied at the Royal Northern College of Music and the National Opera Studio, before joining the Young Singers’ Programme at English National Opera, where her roles included Mimì La bohème.

Recent engagements have included her debut with the Royal Opera, London, as Liza The Queen of Spades, Brünnhilde Siegfried for The Mastersingers, Isolde Tristan und Isolde at the Konzert Theater Bern, and Sieglinde Die Walküre with The Orchestra of the Music Makers, Singapore.

Praised “as an overwhelming and richly luminous Isolde” (The Times) for her performance as Isolde Tristan und Isolde at Longborough Festival Opera, she returned to make an acclaimed debut as Brünnhilde Die Walküre in Summer 2021.

Her UK engagements have further included the title role in Jenufa for Scottish Opera, the title role in Tosca for Northern Ireland Opera and Gerhilde Die Walküre at the Edinburgh International Festival, whilst for Opera North she has sung Freia Das Rheingold, Third Norn Götterdämmerung and Sieglinde Die Walküre for Opera North, a performance of which The Guardian wrote that her “unforced vocal range and committed characterisation produced the most all-round compelling Sieglinde I have heard since the great Helga Dernesch. With Opera North, she has also appeared in concert singing Mahler Symphony No. 8 and Songs by Sibelius. Her repertoire also includes Leonore Fidelio, Yaroslavna Prince Igor, Female Chorus The Rape of Lucretia, Miss Jessel The Turn of the Screw, the title role in Kát’a Kabanová, Santuzza Cavalleria Rusticana, Chimène Le Cid, Giorgetta Il tabarro, the title roles in Turandot, Elektra and Salome, and Tatyana Eugene Onegin.

Future engagements include Brünnhilde in Longborough Festival Opera’s new productions of Siegfried and Götterdämmerung, ahead of complete cycles of Der Ring des Nibelungen.

“Lee Bisset’s lively, attractive Brünnhilde, moving seamlessly from “Hojotoho” Valkyrie to the lost, desperate woman of the final scene as if the latter were already implicit in the former, a deeply touching, convincing portrait.”

“Lee Bisset is a steely, potent Brünnhilde both musically and dramatically, but she also modulates that with persuasive agility as she argues her case with Wotan and Siegmund during various significant passages in the drama.”

“Lee Bisset was glorious in the role, defiant and gutsy, her character’s implicit understanding of the bonds of love translated into incisive or simply luscious sound.”

“As Brünnhilde, Lee Bisset is strong from the outset as her initial ‘Hojotohos’ reveal impeccable control and real excitement, a formidable combination that characterises her performance as a whole.”

“Lee Bisset’s Brünnhilde also had this fine balance of physical and vocal poise: the spring in her step when firsy arriving on stage suggested the irrepressible energy of Wotan’s favourite daughter, and the colours she found in her voice were ever more expressive.”

“Lee Bisset did exceptionally well as the errant Valkyrie. Bisset has a rich, emotive voice, even and secure throughout her range with strong top notes…her Brünnhilde performance was most subtly chaacterised and moved from the gamine – though feisty –  innocence of Wotan’s devoted daughter to the defiant – though totally broken – figure at the end.”

“Lee Bisset was a convincing Leonore, full-bodied and red-blooded in voice and character…”

“Lee Bisset is a captivating Jenufa.”

“Bisset…putting body and soul in to her performance, has a generous, pliant voice and an ability to play high drama with cool naturalism. She showed her character’s confusion, pain, resignation and acceptance without ever overstating.”

“The title role was sung by Scottish soprano Lee Bisset, her clear and forthright lyric instrument finding the stamina and range of colors needed to embody Janáček’s long-suffering heroine, whose plight, at its various stages, was charted with skill and imagination.

“Soprano Lee Bisset finds the weight and lyricism necessary for the title role, and proves a considered actor.”

“The music soars when Lee Bisset’s generous-voiced and warm-hearted Jenufa pours out her love for her baby and his feckless father, for her stepmother and, eventually, for the faithful Laca, sung by Peter Wedd, and rises heroically to her moral (and vocal) challenge.”

“Lee Bisset’s powerful soprano gave some thrilling scenes as Chimène…her violent condemnation and curse at the end of Act 2, voice soaring with rage, was the highlight of the evening.”

“Lee Bisset responds with a Chimène of passion and authority.”

“As played by dramatic soprano Lee Bisset of Scotland, Minnie was pretty hard for the audience to resist as well. Bisset’s soaring voice was mesmerizing as she sang of her desire to find a love like her parents had and her elation once she found it.”

“(Lee) Bisset made a sympathetic and generously sung Liza…she knows how to cut through without compromising on quality of sound, and she delivered her Act 3 ‘Midnight’ Aria powerfully and ardently.”

“The Norns and the three Rhinemaidens… were resplendent: I can’t help singling out Lee Bisset’s phenomenal Third Norn.”

“Isolde is a passionate young girl with a manipulative streak. But what Wagnerian soprano ever troubles to convey such mundane intricacies? At Longborough Lee Bissett does so, and with enormous intelligence and conviction. Not only does she sing with power and control, but from the start she creates, through bodily gesture and mobile facial expression, a vivid image of a young woman who is finding it hard to decide whether she hates or is in love with the man who is escorting her to marry the King of Cornwall. And once she has made up her mind, she conveys equally well the rapture and intensity, and the inevitable doom, of the love in question.“

“First among equals was Lee Bisset, a natural Wagnerian who impressed as Sieglinde in Opera North’s Ring project, and who here delivered an Isolde that was more than the equal of any you will find on the international stage today.”

“By not getting in the way, the staging enhances the intensity between the lovers, and with Peter Wedd (who was in the original run) and Lee Bisset you see and hear something quite remarkable unfold, something you know the opera carries but which rarely erupts to such annihilating effect, and it’s not just because they both are easy on the eye. On first-night Wedd’s singing was heroic and tireless, and the final Act must count as this already-superb Wagner-tenor’s finest achievement, on top of which he delivers Tristan’s madness with a truly distressing realism. Bisset’s soprano had the penetration, lyricism, range and volume to encompass Isolde’s imperious will and extreme vulnerability in Act One and, with Wedd of course, a sensationally erotic love-duet in the next one; they practically devoured each other, matched by singing of sublime tenderness and volcanic passion.”

“As well as proving the most engaging and subtle of actors, Lee Bisset is vocally brilliant, with a soprano that can display sensitivity, restraint, strength and power while still always achieving a sense of overarching unity.”
Music OMH

“The most important change of cast is the Isolde of Lee Bisset. Two years ago (her predecessor) was powerful and passionate, sometimes almost too loud, but Bisset has a greater regal presence, a richer tone, and integrates passages that can sound like mere declamation into the overall forward pressure of the drama. She and the Tristan of Peter Wedd make the most convincing couple I have ever seen in this work.”

“Lee Bisset is an overwhelming and richly luminous Isolde, taking us from death-filled desires to feverish love with stamina and insight.”

“I fear that I will run short of compliments for the two title characters. Lee Bisset, who debuted in the second cast in 2015, turned out to be the Isolde of my dreams, finished in every inch, felt to the very depths. This is one of those singers who rivet one’s attention from their first entrance onstage, engage the listener not only with perfect mastery of their part, but also with an accurate feel for the words and fantastic acting. Bisset pulled off something that (her predecessor) had previously been unable to manage – to show Isolde as an equal partner to Tristan, a strong woman aware from the outset of her feelings, with which she initially fights as fiercely as she later yields to them. Her dark, expressive, strikingly powerful soprano sparkles with every hue of emotion: it sounded one way in the fiery, furious duet with Brangäne, another way in ecstatic union with Tristan, for whom she had longed for years.”

“Lee Bisset’s Isolde was quite exceptional.  Lee Bisset has a voice born for Wagner, even if it is possibly a size too big for Longborough.  She was totally believable in her emotional journey from the fury and rage over Tristan’s perceived deceit in Act I, through the ecstasy of Act II, to end with her Liebestod over Tristan’s dead body.  Throughout she rode the orchestra with effortless power…”

“Scottish soprano Lee Bisset was as good an Isolde as I have seen, showing us rich and unflagging vocals, a commanding stage presence, sensitive expression and acting, and (above all) seemingly endless stamina.  This is a role that is beyond the reach of most sopranos, and I’m sure that if any casting professionals saw her tonight, she will be in demand to perform it all over the world.”

“Lee Bisset is revelatory, her rich and luminous sound ideally suited to Wagner and always compelling.“
The Guardian

“Bisset was a revelation, her mesmerising voice fired by a passion and vitality that were overwhelming.”

“The ‘star’ is the soprano Lee Bisset, whose Sieglinde was a characterisation of considerable power and lyric grace, the text clearly projected. Her ardour in the love music and her thrilling final delivery of the theme, not to be heard until the end of the last opera, were only two highlights of a notable interpretation.”

“Lee Bisset is a revelation as Sieglinde. Ardent in voice, as strong in her exultant final outburst as in her rapturous Act I love scene, she alone seems totally on top of her role’s vocal and dramatic challenges.”

“Special mention goes to Lee Bisset, who didn’t just act the role of Sieglinde, nor just sing it (beautifully); she was Sieglinde brought to life.”

“Lee Bissett proved a complex and unforgettable Sieglinde, devastating in her final utterance of the ‘redemption’ theme.”

“The singing was very fine but, as in Das Rheingold, one performance stood out. Lee Bisset’s Sieglinde was sublime, every emotion etched on her face and imparting a truly radiant “O hehrstes Wunder!” Her soprano has plenty of blade, yet retains incredible beauty, even at full tilt.”
Bachtrack

“Lee Bisset, whose unforced vocal range and committed characterisation produced the most all-round compelling Sieglinde I have heard since the great Helga Dernesch.”

“Lee Bisset was an excellent Sieglinde, with a soprano that demonstrated a beautiful tone, even when her voice was at its most full and anguished. She also proved an extremely expressive actor…”
Music OMH

“Siegmund’s love for his sister-bride was palpable. And how could it not be, given so fine a performance as we heard from Lee Bisset? For me, she was the star of the show: no mere victim, but a woman with agency, however much circumstances – and bourgeois society -might have repressed her. I cannot instantly recall a more complete Sieglinde ‘in the flesh’, perhaps because I have not heard one.”
Opera Today

“…both looked the part and sang with searing passion…”

“…her characterisation radiant and warmly felt.”

“Lee Basset’s ability to move so rapidly from the supernaturally heightened emotion of Isolde to the subtle complexities of Kundry’s malevolence and guilt was very impressive.”

“…the radiantly expressive Scottish soprano Lee Bisset, whose acting is one of the best I’ve ever seen on the operatic stage. Vulnerable and feminine, yet vocally sumptuous and infallible, she had had me hanging on to her every phrase, with “Du bist der Lenz’ a slow blossom that ravished the ears.”