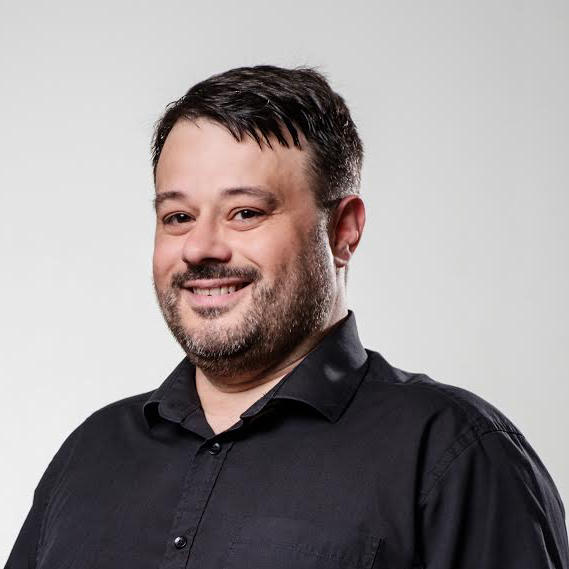 Born in Scotland, Mark Wilde was a chorister at Dundee Cathedral before studying at the University of East Anglia and the Royal College of Music.

Engagements during 2021 / 2022 included Monsieur The Dancing Master at the Buxton Festival, the St Matthew Passion on tour with The Bach Choir and Orchestra of the Netherlands, Howard Goodall’s Invictus: A Passion in Arundel Cathedral, Vaughan Williams’ On Wenlock Edge with the English Symphony Orchestra and a recital with David Owen-Norris for The Elgar Festival.

Mark Wilde is a Professor Singing at London’s Royal Academy of Music and a Trustee of Waterperry Opera Festival.

Moore of Moore Hall: The Dragon of Wantley / Resonus Classics 2022

“Catherine Carby (Prue), Fiona Kimm (Miranda’s aunt) and Mark Wilde (Monsieur) are all experienced actor-singers who bring distinction as well as humour to their performances.”

“Mark Wilde — as a spivvy, moustachioed comedian playing a Frenchman (or as Wycherley puts it, ‘a whimsical, gibbering snail-eater’) with all the ’Allo’ Allo! subtlety of old-school rep — comes close to bringing the house down.”

“Mark Wilde, as Monsieur, is little short of heroic in his ability to maintain a lyrical line while delivering Franglais straight out of ’Allo ’Allo.”

“…Mark Wilde has great fun with her foppish son.”

“Mark Wilde, as Albert, was stunning – genuinely funny and touching by turns, especially in his long scena…”

“Mark Wilde, in the title role, gave a compelling performance…”

“Sweet-voiced tenor Mark Wilde is ideally cast in the title role, equally adept at Herring’s intiial repression as at his subsequent endearing boisterousness.”

“This is an ensemble piece with no weak links in the vital cast, but there are memorable standouts from (IA) Mark Wilde’s astute Johnny Inkslinger…

“From a vocal point of view, Mark Wilde as the bookish Johnny Inkslinger stands out.”

“The Scottish tenor has matured into one of our finest artists with time’s passing, musically astute, vocally impressive and a generous communicator.:

“Wilde takes his time and uses his pliable voice to play with light and shade in atmospheric performances.”

“(Mark) Wilde was witty without resorting to caricature and remained musically secure, though highlighting the points of comedy as necessary.”

“…bearded and in drag, Mark Wilde is splendid as (Hipermestra’s) cynical nurse, Berenice, who provides the much needed moments of knockabout humour.”

“Mark Wilde’s Berenice was the audience favourite of course, his delivery just the right side of outrageousness, and never disguising the fact that this is a very fine tenor voice.”

“…a wonderfully varied reading, bringing out the warmth of the lyrical ‘Since she whom I lov’d’ and the bite of ‘Batter my heart’ and ‘Death be not proud’, making an impressive close to the sequence.”

“Mark Wilde’s portrayal of Ugone is an unbridled delight…”

“There is some lovely writing for woodwind, and some gleeful campery from Mark Wilde and Andrew Slater as Mirandolina’s other suitors…”

The Independent on Sunday

“…a marvellously on form Andrew Slater and Mark Wilde”

“Geoffrey Dolton, Andrew Slater and Mark Wilde (as the toffs), Daniel Norman and Stuart Haycock (as the servants) and Mary Hegarty and Jean Rigby (as a pair of silly passing actresses) all turn in accomplished performances…”

“Mark Wilde harnessed a great variety of tessitura and dynamic in the service of his almost Pythonesque realisation of the comic character Iro, which is a sort of combination of Bacchus and Falstaff.”

“Greasy Iro (a parasite) was vividly carried by tenor Mark Wilde, a windbag and buffoon who particularly provided a foil for moments of immense sharp intensity.”

“Mark Wilde does the comic character of Iro with politically incorrect panache, maintainin the vocal finish for the style while pushing the edge of the sound just enough into character voice to create variety.”

“Mark Wilde’s plausibly human account of the title role was a welcome change from the po-faced righteousness with which it is often treated, helped by his naturally warm demeanour and attractive edge-free voice.”

“Mark Wilde paints a convincing portrait of a nerdy young Emperor who may not be as naïve as he looks.”

“Wilde’s lovely tenor, always musical and used with sensitivity, was coupled with a strong stage presence.”

“Susanna Andersson and Mark Wilde make a delightful pair as the subsidiary lovers Blonde and Pedrillo.”

“Mark Wilde made a vibrant Idamante.”

“Mark Wilde’s true, lyric tenor was touching in Idomeneo’s reflective moments. And he squared up bravely to the impossible demands of ‘Fuor del mar.’”

“Mark Wilde sings Tamino with an Italianate ring that is nicely smoothed at the edges.”

“The youthful leads were all enjoyable: Mark Wilde as a lyrical, scrupulously stylish Tamino.”

“Mark Wilde was the stylish tenor. I especially appreciated the ringing tone and open-throated Italianate style that he brought to ‘Domine Deus’. This may not be quite as challenging an aria as the tenor solo in Rossini’s Stabat Mater – no top D flats for a start – but it’s still a challenging solo and a long one. Wilde did very well indeed and I liked very much his sensitive dynamics in the central section of the aria.”

“Declaiming his recitatives with unerringly clear diction and emotional forthrightness that never obscure the natural beauty of the voice, tenor soloist Mark Wilde movingly fulfills his evangelical duties. In the work’s opening recitative, ’And they came to a place called Gethsemane,’ and The Agony, the tenor, united in the latter with his baritone colleague, conveys the breathless tension of the events described whilst maintaining superb breath control. Wilde employs his silver-clad tones to sublime effect in The Majesty of the Divine Humiliation. There are in the strains of ‘Jesus said, Father, forgive them’ senses of magnanimity and inevitability, a benedictory acceptance of the fulfillment of destiny. The sadness that pervades Wilde’s reading of ‘When Jesus therefore saw His Mother’ is all the more affecting for seeming so personal. ‘After this, Jesus knowing that all things were now accomplished’ is sung with absolute commitment and unforced tonal beauty. In this performance, Wilde is a fantastic singer with none of the manifestations of ego that often compromise the integrity of singing at this level. Compared with previous recorded interpreters of this music, Wilde is more comfortable with Stainer’s idiom than the overtly operatic but bronze-voiced Richard Crook and possesses a timbre more attractive than Robert Tear’s. Wilde sets a new standard for the performance of the tenor solos.”

“Sullivan’s command of vocal forces is impressive, and tenor and baritone especially have winning solos and a moving duet, which Mark Wilde and Garry Magee do proud.”

“Mark Wilde’s Triquet was one of the best we’ve heard, his acting as splendidly oleaginous as his singing was mellifluous…”

“…as opposed to the camp stereotype too often trotted out, Mark Wilde created a charming cameo as Monsieur Triquet.”

“…the artificiality of Monsieur Triquet’s ode to her was wittily brought out by Mark Wilde, relieving dramatic tension temporarily and adding a dash of humour.”

“All of the secondary roles go well, with Mark Wilde offering sensitivity and charm in his cameo appearance as Monsieur Triquet.”

” Mark Wilde’s gentle Monsieur Triquet, the life and soul of a doomed party, is sincere rather than creepy.”

“Mark Wilde is a tenor of operatic timbre, but who sings with musicianship.”