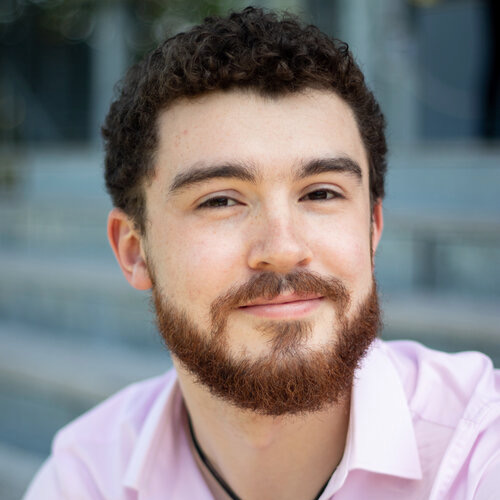 A Harewood Artist at English National Opera, British bass-baritone Ossian Huskinson is a recent graduate of the Royal Academy of Music, where he was one of the esteemed Bicentenary Scholars, studying there for four years with Mark Wildman and Iain Ledingham. He is also the First Prize Winner – as well as recipient of The Audience Prize – of the 2021 Clonter Opera Competition and a Finalist at Neue-Stimmen 2022.

At the Royal Academy of Music, he was one of the soloists for the Kohn Foundation Bach Cantata series, in addition to being a member of the Academy Song Circle. Roles with Academy Opera included Bottom A Midsummer Night’s Dream Dream, Le Philosophe Chérubin, Sarastro Die Zauberflöte and King René Iolanta.

Awarded the Simon Sandbach Award for his performance as Zaretsky Eugene Onegin at Garsington Opera at Wormsley, he returned in Summer 2022 to sing Pluto in John Caird’s acclaimed production of L’Orfeo, conducted by Laurence Cummings.

An accomplished concert artist, his engagements have included J. S. Bach’s St Matthew Passion and Handel’s Messiah at Lincoln Cathedral, Bach’s St John Passion with Jonathan Willcocks at the Leith Hill Music Festival, Beethoven’s Symphony No. 9 with City of Cambridge Symphonic Orchestra and Elgar’s The Dream of Gerontius with the Chichester Singers.

His debut solo recital The Roadside Fire (Farrar Vagabond Songs and Vaughan Williams Songs of Travel), with pianist Matthew Fletcher, is now available on Linn Download as part of The Royal Academy of Music Bicentenary Series.

Engagements during 2022 / 2023 include Angel in Jake Heggie’s It’s a Wonderful Life and Sciarrone Tosca for English National Opera and Truffaldino Ariadne auf Naxos for Garsington Opera at Wormsley. He will also make his debut at the Deutsche Oper, Berlin, singing roles including First Priest / Second Armed Man Die Zauberflöte and Pietro Simon Boccanegra.

“Ossian Huskinson adds further renown to his already burgeoning reputation with a Sarastro vocalised to perfection.”

“Ossian Huskinson was strong but yielding as Pluto.”

“The other standout assumption is that of Ossian Huskinson’s Harašta, (the poacher), strong, almost elemental, as if to remind us that humans, like animals, have an emotional, reactive side that is most prevalent in youth.”