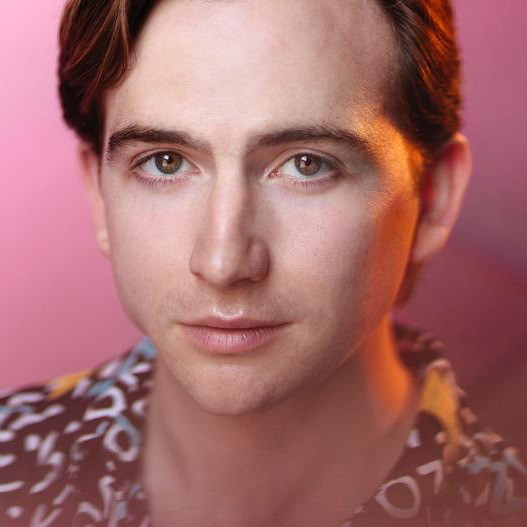 Winner of the Loveday Song Prize at the 2017 Kathleen Ferrier Awards, Second Prize at the 2019 Handel Singing Competition and a Samling Artist, Patrick Terry was born and raised in Janesville, Wisconsin.

Whilst a member of the Olivier Award nominated Jette Parker Young Artists Programme at The Royal Opera House, Covent Garden, Patrick Terry travelled to Japan to appear in Le Promesse (Gala Concert by Young Opera Singers Tomorrow of the World) at the New National Theatre, Tokyo, and sang Arsace Berenice and Artemis in Hans Werner Henze’s Phaedra at the Linbury Theatre. He also sang the title role in Act 3 of Orfeo ed Euridice for the 2019 Jette Parker Young Artist Summer performance on the main stage and gave a recital in The Crush Room.

Other operatic engagements have included Serafino The Intelligence Park for Music Theatre Wales in association with The Royal Opera House, The Boy / Angel 1 Written On Skin with the Melos Sinfonia, Oberon A Midsummer Night’s Dream for Chicago Summer Opera, Rosencrantz in Brett Dean’s Hamlet for Glyndebourne On Tour and Oper Köln, Ruggiero Alcina and the title role in Teseo with La Nuova Musica and Eustazio Rinaldo for Glyndebourne Festival Opera.

Concert highlights have included J. S. Bach Magnificat and Handel The Choice of Hercules with the London Handel Orchestra, a Wigmore Hall appearance with Imogen Cooper Beyond Jerusalem: The Life and Times of Sir Charles Hubert Parry at the London Song Festival, whilst his broadcasts include In Tune for BBC Radio 3.

Patrick Terry earned his Bachelor’s of Music from the University of Minnesota – Twin Cities, where he studied with Adriana Zabala, and graduated from London’s Royal Academy of Music, where he studied with Caitlin Hulcup and Michael Chance on the Opera Course with generous support from the Josephine Baker Trust and the John J Adams Scholarship, in Summer 2018.

Current engagements include rescheduled performances as Ruggiero Alcina with Opera North, a recording as Orgando Amadigi di Gaula with the Early Opera Company, Andronico Tamerlano for The Grange Festival and the world première of Matt Rogers’ Honest Skin for a Crush Room Recital at the Royal Opera House, Covent Garden.

Engagements during 2022 / 2023 currently include the title role in Rinaldo for his debut at Minnesota Opera.

“As Ruggiero, countertenor Patrick Terry neatly conveys the vulnerability beneath his character’s macho bluster; we\e desperate for him to come to his senses and understand how much danger he’s in.”

“…(his) smooth legato had a transcendent beauty.”

“…(his) performance as ‘Verdi prati’ as the scales fall from his eyes and Alcina’s spell is broken is simple and affecting.”

“The US countertenor Patrick Terry has the big role of Ruggiero well within his compass. He sang his famous farewell to the island impeccably…”

“Ruggiero was sweetly sung by the American countertenor Patrick Terry…”

“…made ‘Verdi prati’ lingeringly beautiful, whilst ‘Sta nell’Ircana’ was fleet, light and vivid.”

“…a sensuous portrayal that combined subtlety and urgency, matched by singing of gorgeous potency – the quality of his top voice is very impressive.“

”In the casting of countertenor and stratospheric soprano, Dove nods at Oberon and Tytania in Britten’s Dream, another relationship in crisis. In a superb all-round cast, Patrick Terry‘s Refugee and Ilona Revolskaya‘s Controller still stood out – possibly down to the high-wire acrobatics of the vocal writing. Terry’s countertenor is smooth and tender, especially when he learns that his brother has died – “a frozen man falling like a frozen star” – in his attempt for freedom.“

“The best singing of the night, for this listener at least, came earlier in the evening the first JPYA countertenor Patrick Terry and American soprano Jacquelyn Stucker performed Orfeo’s tragic submission to Euridice’s desperate pleas, as depicted by Gluck in Act 3 of Orfeo ed Euridice.”

“Patrick Terry brought ardour and expressiveness to Ruggiero. Alcina’s latest prey without sounding cloying or self-satisfied – indeed his legato was as clearly-focussed in the ravishing “Verdi prati” as it was controlled but heroic in the triumphant “Stal nell’Ircana.”

“As Ruggiero, Patrick Terry’s countertenor was sublime, with the consistency it showed in feeling truly dreamy from start to finish being remarkable. As a result, his sound seemed to flow naturally through even the most technically demanding parts of his arias.”

“Particularly impressive was countertenor Patrick Terry who conveyed both Ruggierio’s initial boyish need for reasurance and affection, and his subsequent self-knowledge when he comes to appreciate the emptiness of his earlier happiness…I admired Terry’s singing when I first heard him perform in the Kathleen Ferrier Awards Final in 2017 (when he won the Song Prize), and the fullness of his tone and smoothness of line that I noted on that occasion have grown even more beguiling. ‘Verdi prati’ was the emotional heart of this performance, in which Ruggiero’s regret was enhanced by leader Anaïs Chen’s exquisite violin solo, but Terry was just as stirring in ‘Sta nell’Ircana’ – to which the natural horns of Anneke Scott and Joseph walters offered a vibrant, colourful complement – phrasing the exuberant runs stylishily and powering sonorously to the final cadence.”

“Patrick Terry as Ruggiero is at his exquisite best in the lilting Verdi prati.”

“…his excellent technique saw him sail through the virtuosic Sta nell’Ircana and his sensitive artistry was evident in the lyrical Verdi prati. Remember his name.”

“Patrick Terry’s unusually crisp and liquid tone at a high pitch, even for a countertenor, made for an impressive realisation of Ruggiero, in the throes of infatuated pleasure on Alcina’s island. He is surely a singer to watch in other roles written for the great castratos such as Senesino, Carestini and Farinelli.”

“…Patrick Terry, whose consistent beauty of tone and heroic demeanour suggested the heir to David Daniels.”

“Patrick Terry’s countertenor is sensational up close and personal in this smaller of the ROH’s two auditoriums.”

“…Terry’s combination of voice and acting an absolute joy.“

“Patrick Terry is a scene stealer as Selene’s admirer Arsace.”

“Patrick Terry deploys Chaplinesque acting skills as well as being a countertenor of fine quality.”

“Patrick Terry, who sang Susanna’s loyal though much-absent husband Joacim to the exceptional standard we’ve come to expect from him…”

“Fast-emerging US counter-tenor Patrick Terry is both a 2019 winner at the festival’s annual Handel Singing Competition and a rising star in the Royal Opera House’s Jette Parker scheme. In a staged version of Handel’s 1749 oratorio Susanna, opening the festival at the Royal Opera House and wearing both his HSC and Jette Parker hats, he once more dazzles an audience in the Linbury Theatre. Terry’s is an outstanding talent, and he is a singer to catch whenever you can. His soaring line, warm tone, artistic phrasing and generosity to fellow singers are equally impressive.”

“…countertenor Patrick Terry incarnates Joacim with a thrilling amalgam of power and sweetness.”

“The fast-rising countertenor Patrick Terry sings Susanna’s husband, Joacim, with an easy grace, his mellifluous voice flexible and consistent throughout its range.”

“…in many ways at the emotional centre of the work, was the countertenor Patrick Terry’s impersonation of faithful husband Joacim. The voice functions beautifully from top to bottom (with none of that fade in the lower register so often found in countertenors), the coloratura passages seemed effortlessly expressive; most important, though, was the musical intelligence with which he characterised his many arias.”

“…the American countertenor Patrick Terry is a wonderful singer: his ‘On fair Euphrates’ verdant side’ was a masterclass in Handelian lyricism.”

“…the cultivated counter-tenor tones of Patrick Terry delighted us as Joacim.”

“Patrick Terry took his lyrical moment at the start of Act 2 beautifully.”

“Terry’s countertenor possessed all of the formal attributes required to generate a strong sound, but it went beyond producing merely that to achieve what can only be described as a dreamy perfection.”

“Patrick Terry as Artemis negotiated improbable leaps between his baritone speaking voice and his golden countertenor.”

“Patrick Terry relished the demands of the role of Artemis, which forced his voice and low, down to a speaking baritone. His confident performance skilfully captured Artemis’ complexity.”

“Patrick Terry as an androgynous Artemus rose to the challenge of a part that covers the extremes from low baritone to high soprano.”

“Terry’s performance of L’enamourée by Reynaldo Hahn was one of the highlights of the evening: there was a real sense of rapture as Théodore de Banville’s poetry flowered from sparse gentleness to rich delight. The exquisitely smooth phrases enticed the listener; the lines were nimbly flexible but contoured with total control.”