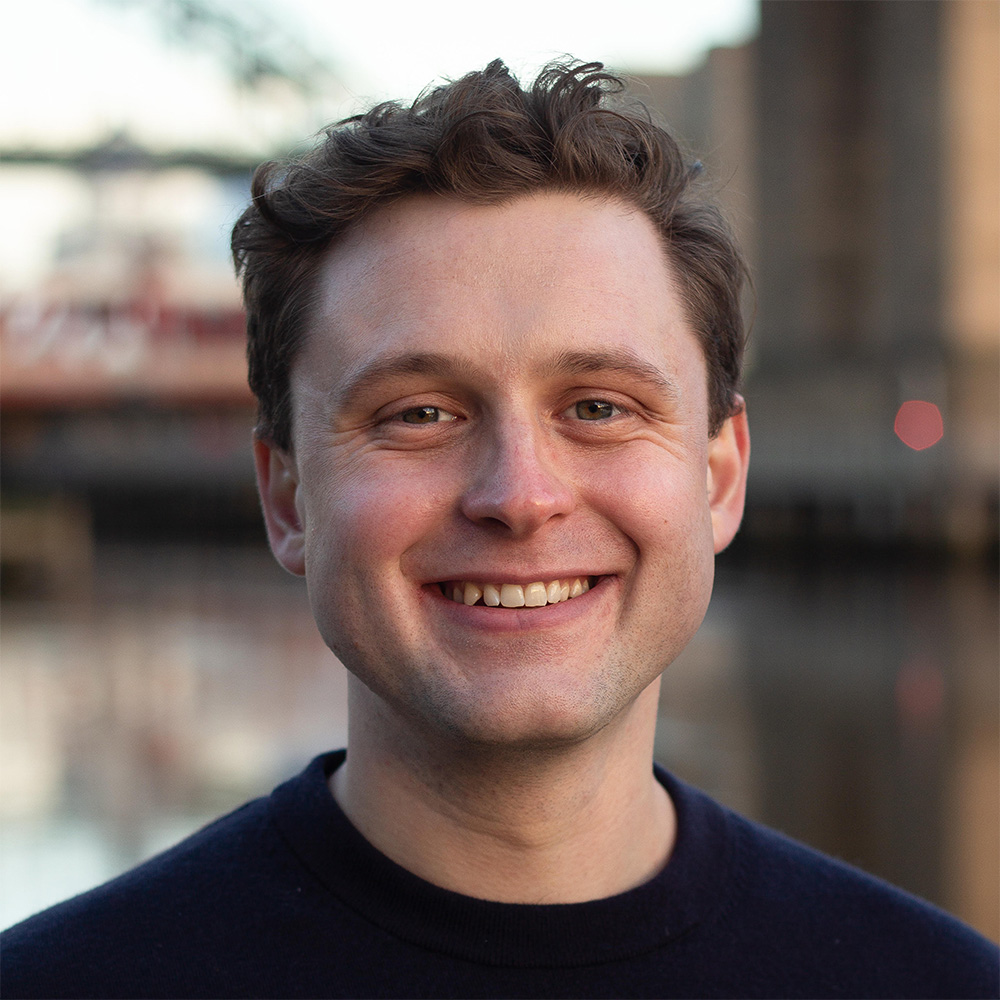 “Already a name to watch” (The Observer), Richard Pinkstone has gained acclaim for his “exemplary characterisation” (Opera) and “sweet and strong tenor” (Classical Source). Born in Northumberland, he studied at the University of York, and with Timothy Evans-Jones at the Royal College of Music International Opera School.

At the Royal College of Music, he sang Lysander A Midsummer Night’s Dream, The School Master The Cunning Little Vixen, Sandy / Officer 1 The Lighthouse, Il Podestà La finta giardiniera and Alfred Die Fledermaus. His studies were generously supported by the Carne Trust, an Yvonne Wells Award, The Winship Foundation, Talent Unlimited, and The Josephine Baker Trust.

Richard made his professional operatic debut singing the title role in Albert Herring for the inaugural Grange Festival, conducted by Steuart Bedford OBE and directed by John Copley CBE, in 2017. His performance received critical acclaim, with Hugh Canning for The Sunday Times writing “Britten’s comedy boasts a terrific lead in Richard Pinkstone.” The production was nominated for a 2018 South Bank Sky Arts Award.

His engagements have included debuts with Scottish Opera on the Autumn 2018 Opera Highlights Tour, with Nevill Holt Opera as Flute A Midsummer Night’s Dream, with Opera North as Tamino The Mini Magic Flute and with English Touring Opera as Pedrillo The Seraglio.

Concert engagements have included Handel’s Messiah at Truro Cathedral, Mendelssohn’s Elijah at the Cambridge Guildhall, the same composer’s Lobgesang at the Mayfield Festival; Mozart’s Great Mass in C Minor with the Highgate Choral Society and at Sunderland Minster; Mozart’s Requiem with the University of Plymouth Choral Society and Tippett’s A Child of Our Time in Sheffield Cathedral. He made his international debut with a recital of arias by Puccini, Rossini and Verdi at the Castel Sant’Angelo in Rome in 2016.

During 2021 / 2022, he joined Scottish Opera to sing and record Mr Blushington Utopia, Limited and returned to Garsington Opera at Wormsley as Shepherd / Spirit L’Orfeo. He also recorded Paul Rissmann’s Wonderland Suite and Through the Looking Glass for LSO Live.

Engagements during 2022 / 2023 include Sailor Dido and Aeneas at The Ustinov Studio Theatre of the Theatre Royal, Bath, Wonderland Suite and Through the Looking Glass in concert with the London Symphony Orchestra, Scaramuccio Ariadne auf Naxos for Garsington Opera at Wormsley, Beethoven’s Mass in C with Academy Choir, Wimbledon, Haydn’s Nelson Mass for Hexham Abbey Festival, Messiah for Cheltenham Bach Choir and Tippett’s A Child of Our Time for Newcastle Bach Choir. For The Royal House, Covent Garden, he appears in Fantastical Journeys (Snake Attack).

“…even the Marschallin’s Major-Domo was more noticeable than usual in the self-important portarayl of Richard Pinkstone.”

“As the Marschallin’s head servant, Richard Pinkstone stands out among the tenors, and doubles, almost unrecognisably but hilariously, as Act 111’s dirty chef.”

“Richard Pinkstone gives us a different, and utterly credible, take on shop-boy Albert, the good boy voted May King since all the village girls are, in the words of the chief moralist, “not virgins but trollops”. Tied to his widowed mum’s apron strings but clearly strong enough to break loose from the first, this Albert has the operatic-tenor heft for the will to freedom in the voice from his very first scene, rather than the usual softer grain of the lyric-character choral scholar. The emancipation sees him very much in control; again, it’s completely believable.”

“Albert himself was sympathetically sung by Richard Pinkstone, his willowy tenor capable of rising to heroic determination as he broke loose.”

“Above all, it is Richard Pinkstone as an outstanding and cherubic Albert; his comic timing, clear diction and full-throated singing fully engage, indicating early on that Albert is neither “plaster saint” nor “simpleton”. Particularly impressive was his self-pitying aria, sung with heartfelt emotion…”

“Richard Pinkstone, at once truculent and downtrodden, makes a nicely unsentimental Albert…”

“Albert’s predicament is credibly set out by Richard Pinkstone…”

“…(Orla Boylan’s) singing is glorious, whether trumpeting outrage or quietly accepting joyful outcomes. The same is true of Richard Pinkstone’s ‘hero,’ whose robust tones always suggest the eventual break-out – he gave a beautifully rounded performance, from his horror at unpaid-for peaches to his insouciant swaggering at his ‘reappearance.’”

“…as believable an exponent of the role as any I have seen and with the vocal chops to make his big Act 2 monologue another highlight.”

“Richard Pinkstone’s Albert started out quiet and controlled, but certainly not too dim and there was a nice sense of undercurrents of something like rebellion already running through his performance in Act One. Pinkstone has an engaging stage presence, so his tipsy Act Three solo was particularly notable and enjoyable. As Albert started relaxing under the influence of the rum in Act Two, Pinkstone allowed his performance to become more animated, and the final scene was a brilliant mixture of comedy and seriousness. Pinkstone really brought out the feeling that Albert really was finding himself.”

“The sturdy doggedness of Richard Pinkstone, firm-voiced in the title role, makes the young grocer more than a wimp, even before he breaks free.”

“And at the heart of it all, Richard Pinkstone’s finely judged meek and mild Albert Herring.”

“Richard Pinkstone trod with great skill the fine line between comedy and tragedy, with stagecraft second to none, stagecraft that yet did not eclipse his estimable vocal attributes.”

“Richard Pinkstone coped well with the high tenor lines of the School Master’s arioso, conveying the indignity of drunkeness and excessive passion.”

“Richard Pinkstone uses his sweet and strong tenor to great advantage in his Prologue and in his ambiguous love-song.“

“The three male singers – moving repeatedly back and forth between the officers of the inquiry and the doomed keepers – were the tenor Richard Pinkstone, the baritone James Atkinson and the bass-baritone Timothy Edlin, all exemplary.”

“Sandy, who tries to keep the peace, is sweetly sung by tenor Richard Pinkstone…”

“Richard Pinkstone’s Act 1 narration was deeply engaging, and he brought a similarly affecting tone to his Act 2 song about a mysterious lover, imbuing the song with aching despair and distress.”

Richard Pinkstone sings Maxwell Davies: The Lighthouse - ‘They are coming’