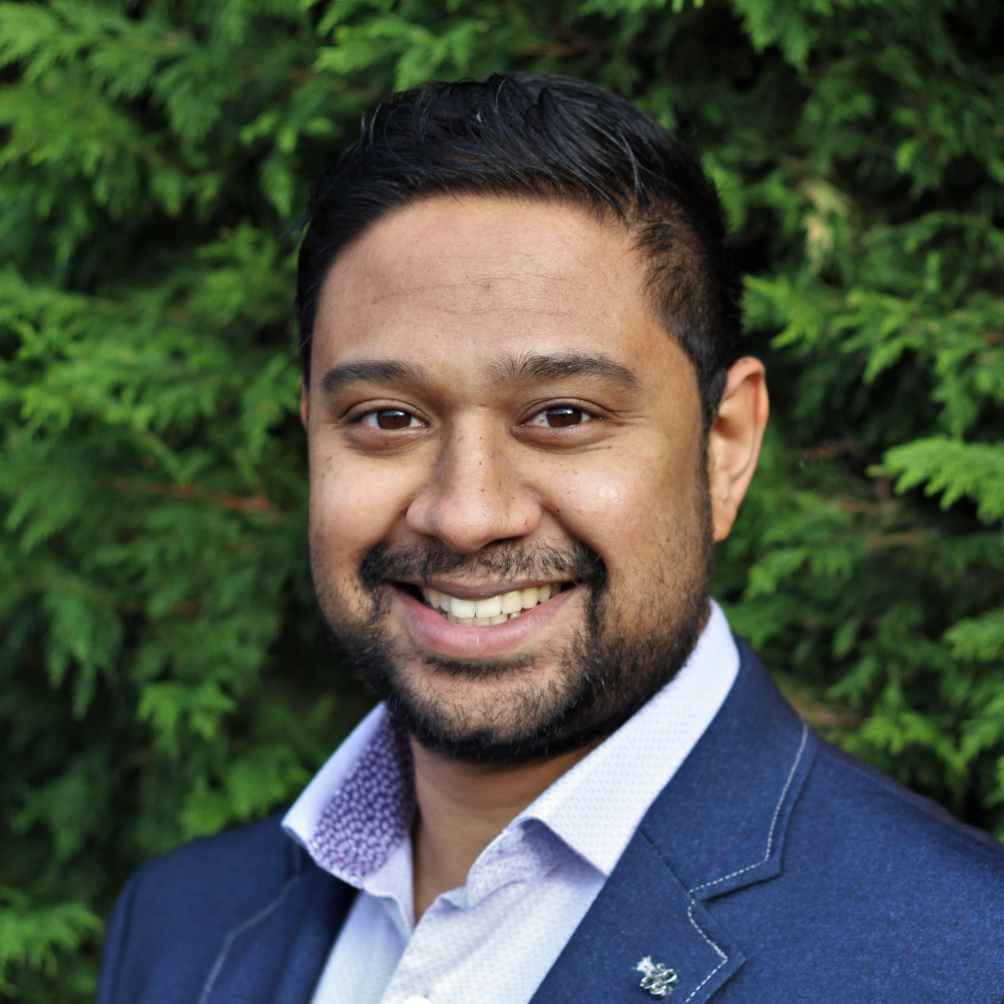 Runner Up in the 2014 What’s On Stage Breakthrough in Opera Awards and Nominated in the Young Artist category at the 2015 International Opera Awards, British baritone Ross Ramgobin read English and Modern Drama Studies at Brunel University, London, before attending London’s Royal Academy of Music, studying with Glenville Hargreaves and Jonathan Papp, where he gained his MA (DIst.) in Vocal Studies and his Advanced Diploma from Royal Academy Opera. At the Royal Academy, his roles included Claudio Béatrice et Bénédict, Papageno Die Zauberflöte and the title role in Eugene Onegin.

During 2013 / 2014, he was a member of the National Opera Studio, his studies supported by the Royal Opera House, Covent Garden, the Carr Gregory Trust and a Sybil Tutton Award, administered by the Musicians’ Benevolent Fund. Winner of the Tom Hammond Prize from the Royal Academy of Music, he was a Semi-Finalist in the 2013 Neue Stimmen International Singing Competition and a Finalist in the 2013 Hampshire Singing Competition.

For the Royal Opera, London, he has sung Rambashi The Firework Maker’s Daughter and Miteb Cities of Salt for the Royal Opera, London. Roles elsewhere have included The Protector Written On Skin with the Melos Sinfonia, Demetrius A Midsummer Night’s Dream for the Israeli Opera, the title role inOwen Wingrave at the Aldeburgh and Edinburgh Festivals, Belcore L’elisir d’amore at the Verbier Festival, Pallante Agrippina for Brisbane Baroque, Pallante Agrippina and Arasse Siroe, Re di Persia at the International Handel Festival, Göttingen, Kuligin Katya Kabanova for Opera Holland Park, Masetto Don Giovanni for Angers Nantes Opera, Figaro Le nozze di Figaro and Archibald Grosvenor Patience for English Touring Opera, the title role in Eugene Onegin for Bury Court Opera and the Southbank Sinfonia in Anghiari and Ischia and Yuri The Ice Break for Birmingham Opera Company.

Recent engagements have included Gaveston Lessons in Love and Violence at the Stars of the White Nights Festival, St Petersburg, The Protector Written On Skin for the Festival Présences Radio France at the Philharmonie de Paris and the Wiener Konzerthaus, Moralès Carmen for Welsh National Opera, First Mate Billy Budd for the Royal Opera, London, Schaunard La bohème at the Dorset Opera Festival, The Counsel for the Plaintiff Trial by Jury at the BBC Proms, Christian Un ballo in maschera for Opera Holland Park and A Night Under the Stars with the Royal Philharmonic Orchestra.

“Alexandra Lowe returned to sing Papagena, the perfect match for birdcathcher Papageno in a closing duet from Mozart’s The Magic Flute with baritone Ross Ramgobin. Ramgobin has been another Christmas bonus – heartbreaking in Grange Park’s Owen Wingrave and partying with gusto in Opera Holland Park’s Christmas bonanza.”

“After his persuasive performance in Grange Park Opera’s recent filmed production of Owen Wingrave, Ross Ramgobin was here a personable and confident birdcatcher om ‘Der Vogelfänger bin ich ja,’ and he was joined by Sophie Bevan for a delightfully carefree ‘Bei Männern welche Liebe fühlen,’ the grace and elegance of Pamina’s soprano line was complemented winningly by Ramgobin’s characterful baritone.”

“It’s Ross Ramgobin’s Protector, his smile sharp as a blade, that sets the tone. Without his ferocity, his arrogance we’d lose the note of danger that must sound from the very start. His warm baritone, clearly articulated and projected, deploys Crimp’s consonants like pistol shots, and finds plenty of colour to nuance the character’s villainy. Dominating the stage-space, Ramgobin becomes the centre, not a point, of this love-triangle.”

“The evening was dominated by Ross Ramgobin’s magnificently sung and sharply-acted Protector, encompassing the role’s Bluebeard-like alpha-male obsession and Golaud’s eruptive jealousy to overwhelming effect. His voice has fullness, range and variety, he could turn the flow of the drama with the smallest gesture and his delivery was always inside the text.”

“Ross Ramgobin was a smouldering Protector, a walking time-bomb…”

“Ross Ramgobin gives us a terrifying Protector of contained violence…”

“As The Protector, baritone Ross Ramgobin is the dominating man and master. It’s a beautiful voice, full of the necessary authority, almost faltering when anger overwhelms him, the low and high notes equally impressive (the role rises very high) and in absolute command of the role.”

“…The greatest triumph belongs to Ramgobin’s Wingrave, as it should. He shows us an adolescent at breaking point right from the start, which makes Owen’s stands against an unrelenting fury- family and his solo in praise of peace – for the first time in my experience truly tear-jerking and desperately sad as the vision crumbles – all the more impressive.”

“If Ross Ramgobin and Catherine Backhouse don’t make it big, there’s as little justice in the world as there is in Britten’s and James’s hermetically sealed Paramore.“

“Young Ross Ramgobin is an almost ideal Owen Wingrave: he’s just the right age to convincingly bring the rebellious spirit of the eponymous hero to the stage. With his beautiful, smooth baritone voice, he effortlessly shapes his character’s tempestuous mood changes.”

“…there’s a triumphant debut from the young British baritone Ross Ramgobin, who finds a way to sing the title role with clarity and beauty yet still show himself a fighter.”

“Ross Ramgobin sang with honeyed warmth, and portrayed Owen’s youthful innocence with as much detail as his later scowling bitterness and angst.”

“Baritone Ross Ramgobin made a suitably sensitive and determined Owen,”

“Young baritone Ross Ramgobin suggested both the vulnerability and the strength of Owen.”

“The cast bears comparison with Britten’s own. Ross Ramgobin grew into the title part through the course of the action.”

“Ross Ramgobin –in fine voice and with impeccable enunciation.”

“Ross Ramgobin is first rate as Owen, his voice beautiful yet muscular and full of youthful energy.”

The ghosts and the family members mingle in silhouette, isolating Ross Ramgobin’s callow and undemonstrative Owen in a sort of double focus. He sings the role beautifully, making Britten’s uncompromising, hard-won lyricism sound the most natural expression in the world.”

“Ross Ramgobin, playing the central role, was touching and vulnerable.”

“Ross Ramgobin, as resonant as ever and wholly immersed in his role.”

“Ross Ramgobin’s lyrical baritone conveys Owen’s artistic sensibility – “Courage in war is false. Courage in peace, the kind that poets know wins everything.” – but he does not neglect the fierceness of Owen’s convictions and the strength of his determination. Both elegant and intense, the sweetness of the “peace aria” suspends time much like Billy Budd’s “far-shining sail,” but there is also a surprisingly vehement anger and almost Grimes-like defiance at times in his self-defences and as he implores the family portraits, and we are reminded that Owen is, after all, a “soldier.”

“It is left to Ross Ramgobin’s Owen to give us an emotional foothold. He finds an intensity in his delivery, a weight to his tone that suggests violence barely held in check, turning Owen from a saint into a much more interesting struggle of a man.”

“In the title role, Ross Ramgobin suffers convincingly as the sensitive Owen Wingrave…his baritone has an exceptionally full-blooded warmth…”

“Ross Ramgobin’s lyrical baritone conveys Owen’s artistic sensibility – “Courage in war is false. Courage in peace, the kind that poets know wins everything,” but he does not neglect the fierceness of Owen’s convictions and the strength of his determination.”

“…we focus on Owen; a strong performance from Ross Ramgobin who eschews naivety and priggishness and replaces them with an ardent stubbornness. Ramgobin makes a complex and very watchable Owen, dogged rather than callow.

“Rising baritone Ross Ramgobin makes every word of the title role tell in a performance notable for its complexity as well as assurance.

“Ross Ramgobin is immensely sympathetic as the high-minded Owen.”

“Ross Ramgobin finds a fierce nobility in the title role that pulls the threads together.”

“The ever-optimistic jack of all trades Rambashi is enthusiastically portrayed by Ross Ramgobin, who also gives us a hilariously evil Emperor in the most visually stunning costume of the night, complete with mask, stilts and thin golden fingertips”

“Ross Ramgobin exploits Rambashi’s ramshackle portfolio career as pirate, chef and MC with bags of energy, and doubles as the capricious king who threatens to execute Lila’s elderly father “in the kindest possible way.”

“…there are other star turns in this fine ensemble show, most notably by Ross Ramgobin, Peter Kirk, and countertenor Tai Oney as a fancifully-conceived pet elephant.”

“The assertive vibrancy of Ross Ramgobin’s sound put Belcore very much in the picture as a sharp-suited but good-natured Jack the Lad.”

“Ross Ramgobin was excellent as the intriguing Pallante.”

“Ross Ramgobin convinces as a scheming Pallante, with his powerful baritone and machismo presence.”

“Although Ross Ramgobin had no aria as Siroe’s faithful friend Arasse, he made a strong impression with impressive depth in his recitatives.”

The young baritone Ross Ramgobin made a good impression in the five Rückert songs of Mahler. The voice itself is attractive. Ramgobin has a good, reliable technique, a pleasing stage presence, and he brought a good degree of character to his interpretation.”

“The Masetto Ross Ramgobin brings great freshness and dynamism to a role too often caricatured. His lively stage performance does not preclude a beautiful voice, both powerful and fresh.”

“Ross Ramgobin was a virile Masetto, with a commanding voice.”

“Vital, alert and quite properly at the centre of things is Ross Ramgobin’s Figaro – another successful step forward in the career of this appreciably talented young baritone.”

“As Figaro, Ross Ramgobin is a theatrical livewire, athletic, alert and more than a match for Dawid Kimberg’s dull-witted Count.”

“Ross Ramgobin was a storming Figaro, his sly grin as infectious as his warm baritone while he dominated the stage with the force of his personality.”

“Ross Ramgobin made an engaging Papageno, the comic elevated over the very real pathos with which Mozart endows his bird-man, yet Ramgobin showed himself undoubtedly blessed with the gift of stage presence.”

“Sporting a lustrous dark mane, Ross Ramgobin’s Grosvenor was a worthy heir to the role’s originator, Rutland Barrington, reveling in the poet’s belief in himself as ‘gifted with a beauty which probably has not its rival on earth.’”

“Ross Ramgobin is persuasive as the self-obsessed Archibald Grosvenor and the cockney geezer into which this “trustee for beauty” is transfigured.”

“It’s a real treat after ENO’s lettuce-limp Pirates that Gilbert’s creaky dialogue comes across with such new-minted freshness, particularly by Ramgobin whose gift for comedy is as warm as the gorgeous baritone that earned him a nod in the 2015 WhatsOnStage Opera Poll.”

“Pauls Putnins and Ross Ramgobin were strongly cast as Colline and Schaunard, the former displaying a bold, forceful bass-baritone, the later elegantly sung under an unseasonably thick coat.”

“His resilient baritone another major asset, Ross Ramgobin’s Schaunard enlivens every scene in which he takes part…”

“…he charted an excellent dramatic course, clearly transformed by the fatal duel with Lensky.”

“Ross Ramgobin was excellent as the idealist, angry son. He managed to make the final reconciliation and mature understanding of his past actions both moving and convincing.”

“…sings with clarity and passion.”

“There are outstanding performances from (ia) Ross Ramgobin as Yuri…”

“(Ross) Ramgobin has an elegant, full baritone and his rendition of ‘Wandrers Nachtlied I’ (Wanderer’s nightsong I), the first of three songs by Schubert, had a gentle ease and well-shaped sense of line. In ‘Am Strome’ (By the river), a subtle employment of rubato and tender diminuendo in the final verse movingly conveyed the protagonist’s yearning ‘for kinder shores’, while Sherlock’s short piano postlude offered some a hint of warmth and consolation. ‘Sehnsucht’ (Longing) was underpinned by the quiet but troubled throbbing of the repeating piano motif, the vocal line once again communicating clear emotions and meaning, thanks to Ramgobin’s astute appreciation of structure and line…Ramgobin’s performance of Wagner’s ‘Wie Todesahnung … O du ein holder Abendstern’ from Tannhäuser was one of the highlights of the evening, full of colour and interest, and sung with a warm, honeyed tone.”