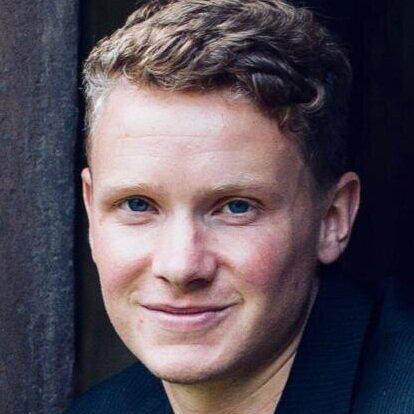 A finalist in the International Handel Singing Competition in 2020, Ruairi Bowen is much in demand as an interpreter of Baroque repertoire in the UK and abroad, collaborating with some of the leading conductors in the field including Emmanuelle Haïm, Sir John Eliot Gardiner and Stephen Layton. An experienced Evangelist of Bach’s Passions, Ruairi Bowen made his debuts at Wigmore Hall, Bachfest Leipzig and Snape Maltings with Solomon’s Knot, with whom he most recently sang J. S. Bach’s Christmas Oratorio at London’s Wigmore Hall.

Other engagements have included the B Minor Mass with the Slovenian Philharmonic Orchestra, the St John Passion with both the Adelaide Symphony Orchestra and the Tasmanian Symphony Orchestra as well as for the annual Good Friday performance with Polyphony and the Orchestra of the Age of Enlightenment, the St Matthew Passion with Florilegium, Messiah at the Händel-Festspiele Halle and The Creation with the London Mozart Players.

Equally at home with larger-scale symphonic works, he sang in the world premiere & recording of Stanford’s Mass Via Victrix with the BBC National Orchestra & Chorus of Wales and Adrian Partington. Other engagements have included Beethoven’s Missa Solemnis with Ben Palmer conducting the Covent Garden Sinfonia, Mendelssohn’s Elijah in Worcester Cathedral and Vaughan Williams’ A Cotswold Romance with the Lebanese Philharmonic Orchestra.

On the operatic stage, he debuted Prologue/Quint in Britten’s The Turn of the Screw at Barnes Music Festival and took on multiple roles in Purcell’s The Indian Queen with Le Concert d’Astrée at l’Opera de Lille. He returned to Barnes Music Festival to sing Satvayān in Holst’s Savitri, featured in Sivan Eldar’s Like Flesh at Opéra national de Montpellier and was an Emerging Artist for Longborough Festival Opera 2022 singing Vistola Flume in Caccini’s La liberazione di Ruggiero dall’isola di Alcina.

He made his debut with the Philharmonia singing Dvorak’s Requiem at the 2022 Three Choirs Festival, and his current engagements include a revival of The Indian Queen with Le Concert d’Astrée in Caen, Antwerp and Luxembourg, J. S. Bach B Minor Mass with Opole Philharmonic, Christmas Oratorio with Britten Sinfonia, Motets with Solomon’s Knot and St John Passion with Polyphony, Messiah with the London Handel Orchestra, The Creation with the Hanover Band at the Southern Cathedrals Festival and Vaughan Williams Sancta Civitas with Oxford Bach Choir.

A graduate of King’s College, Cambridge, Ruairi Bowen was invited to sing on Proud Songsters, an album of English Solo Song recorded with pianist Simon Lepper, featuring distinguished former members of the world-famous chapel choir. Growing up in the Welsh Marches, he developed a keen interest in exploring the integrated relationship between poetry and nature through pastoral song with recent highlights including a recital on Innocence & Experience with Anna Tilbrook, performing Finzi’s A Young Man’s Exhortation and Tippett’s Boyhood’s End for Finzi Friends at Ashmansworth. He also performed on themes of The Games & Battles of Love for recitals at Raynham and The Grange Festival, directed by Michael Chance.

During the live music hiatus in 2020/21, Ruairi Bowen was a Support Worker for the Children’s Section of the British Refugee Council, and formed part of The Hampstead Collective, an ensemble dedicated to performing Handel Oratorio and Bach’s sacred works. He continues his studies with Nicky Spence and Caroline Dowdle, and whe time allow returns to Herefordshire to play cricket for Brockhampton CC.

“I was unprepared for the strength and ring of his voice, which he projected impressively.”

“The pastoral second cantata featured an athletic aria by tenor Ruairi Bowen, but it was the recitatives that impressed throughout: Bowen and Alex Ashworth in particular offering gripping and committed storytelling.”

“Ruari Bowen combined a terrific attention to the text with a finely vibrant tone.”

“…his voice floats with ease over Wordsworth’s ‘vales and hills’.”

“Ruairi Bowen was compelling from beginning to end, with a beautifully agile voice and probing musical intelligence.”

“Particularly impressive among the soloists…were tenor Ruairi Bowen, his gentle, understated delivery perfect for the intimate acoustic of the Nikolaikirche”