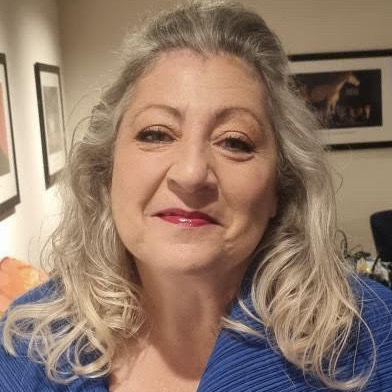 Sarah Pring studied at the Guildhall School of Music and Drama and at the National Opera Studio. She began her career at Glyndebourne, gaining the Sir John Christie Award, and also the ESSO Touring Award, for roles including Despina Cosi fan Tutte.

Concert engagements have included Enrichetta I Puritani, The Nurse The Demon, Tsarina Christmas Eve and Eduige Guillaume Tell for the Chelsea Opera Group, Beethoven Symphony No. 9 at the Queen’s University Arts Festival in Belfast and with the Netherlands Symphony Orchestra, the première of Ronald Corp’s Letters From Lony for Proms at St Jude’s (now available on Toccata Classics CD). Mahler Symphony No. 2 at London’s Barbican Centre, Mozart Requiem with the Royal Philharmonic Orchestra and the Verdi Requiem at the Snape Maltings. Her broadcasts have included Friday Night is Music Night for BBC Radio 2.

“Sarah Pring emerges as a sort of vocal fairy godmother…”

“Sarah Pring made a flamboyant intervention as Mrs Alexander…”

“Sarah Pring stands out, in particular, as Mrs Alexander…”

Mrs Grose: The Turn of the Screw / English National Opera

“Sarah Pring’s Mrs Grose acts as a no-nonsense anchor; she really looks the part and sings effectively throughout.“

“Sarah Pring, as the Marquise de Berkenfeld, was thepick of the supporting cast, wonderfully pompous but ultimately human, she was particularly fine in delivering her extensive dialogue naturally and idiomatically.”

“A special mention is due, however, to mezzo Sarah Pring’s Alisa. Pring was strong in both voice and presence.”

“…there are good supporting portrayals from Sarah Pring and Nicholas Folwell…”

“Sarah Pring, no stranger to the Coliseum, reprised Mrs Alexander with real confidence and vocal strength.”

“Most of the characters are required to be impassive and stoic for most of the time, but such seasoned regulars as Clive Bayley, Sarah Pring, Nicholas Folwell and Stephanie Marshall seize their chances to inject idiosyncratic individuality.”

“…the warm, sympathetic Marthe of the mezzo-soprano Sarah Pring.”

“…Robert Anthony Gardiner and Sarah Pring are excellent as Siebel and Marthe.”

“…Pring has heaps of fun in her sexed-up role…”

“…Sarah Pring delivered a witty Marthe, teasingly so in her by-play with the Devil.”

“Sarah Pring also makes an excellent impression as the witch/fortune-teller Taven, who rises to deliver a spine-chilling Kundry-like curse on Ourrias…”

“…the best moment a charming interlude between cleaner Sarah Pring and a technician Matthew Hargreaves.”

“Here, Sarah Pring was the real deal – she was every inch the Italian mamma, doting on her boy, and it was Mamma Lucia who Barlow made the focus for the opera’s closing moments…”

“…Sarah Pring played Marcellina as a formdable matriarch without resorting to caricature.”

“There was much to enjoy, however, from Hannah Pedley’s Cherubino and Sarah Pring’s Marcellina, the latter more a woman, less an old hag, than one often hears, and all the better for it.”

“…Sarah Pring is a lot of fun as Marcellina.”

“Sarah Pring…made something truly heartfelt and characterful of the Nanny.”

“Sarah Pring took over the role of the Nanny at short notice and performed it brilliantly.”

“The family that has pinned all its hopes on its inheritance from a still-warm if dead relative, is played as a gallery of predatory, hypocritical grotesques, led by the grisly Zita of Sarah Pring, and any laughs stem from blackest humour.”

“Everyone pulls their weight, especially, once again the always watchable Sarah Pring, constantly thwarted in her endeavours, as Zita, to herd her money-grubbing family in the direction she wants them to go.”

“One of the joys of all three of the operas in Il trittico is the colourful array of minor characters on display. In Il tabarro, they are uniformly excellent. Particularly worthy of note is the veteran, scene-stealing Sarah Pring as La Frugola…”

“Sarah Pring made a delightful Frugola…”

“Sarah Pring demonstrated an attractive mezzo-soprano as Frugola – as well as a terrific cackle!”

“…Sarah Pring was brilliant as Madame Larina, Tatyana’s mother, one of the few full-blooded voices in the cast.”

“Sarah Pring made an unusually impactful acting part of Annina.”

“The only minor roles taken with real distinction were the sympathetic Annina of Sarah Pring and the welcome assurance of the Grenvil of Robert Lloyd.”

“The smaller roles were well taken, with Sarah Pring a focused Annina…”

“…a fine Annina from Sarah Pring…”

“There was a concerned, feisty Annina from Sarah Pring…”

“Smaller roles were characterfully taken. Best of all was Sarah Pring’s sympathetic, attentive Annina. When my number’s up, she’ll be top of my list of carers, please.”

“As Annina, Sarah Pring was a superb support in the final act.”

“…Sarah Pring was a fine Annina.”

“Sarah Pring’s wonderfully poised Fricka, conveyed with relaxed power, was more maternal than acerbic: this unusual approach paid dividends, turning Wagner’s caricature of whinging wife into an appealing woman keen to save a real marriage, a stunning contribution to the whole.”