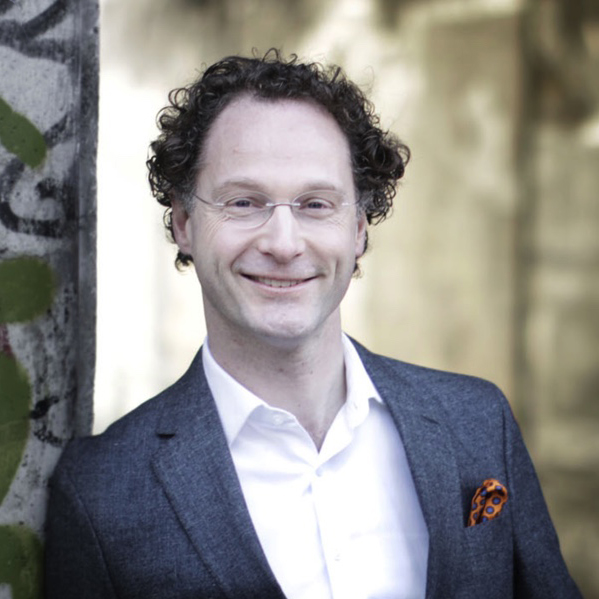 Newly appointed as Head of Conducting at London’s Royal College of Music, Toby Purser’s conducting is recognised for its combination of passion and intellect, poetry and drama. In 2019, his operatic collaborations were nominated for an Olivier Award (Best New Opera Production – Britten The Turn of the Screw with ENO/Regent’s Park Open Air Theatre) and an International Opera Award (Best Rediscovered Work – Stanford The Travelling Companion with New Sussex Opera). Recognised as a world leader in the conducting community, at the beginning he lockdown he launched Conductors in Isolation, an online forum which now has over 1500 members worldwide.

Engagements during 2019 / 2020 included conducting Fidelio for Lyric Opera, Dublin, and La Belle Helène in a co-production between New Sussex Opera and Opera della Luna. Other projects included he launch of his new orchestral ensemble Sinfonia 1, online masterclasses at Aberystwyth MusicFest, and concerts with the East Anglia Chamber Orchestra, the London Concert Orchestra and the Manchester Concert Orchestra. Despite the pandemic, he was able to conduct performances of Don Giovanni at the Eschenbach Palais, Vienna, the world premiere of David Pountney and Alex Woolf’s A Feast in the Time of Plague for Grange Park Opera, concert performances of music by Bartók and Baczewitz at the Royal College of Music and Night Under the Stars, streamed from the stage of English National Opera, in aid of The Passage.

As Musical Director of New Sussex Opera, Toby Purser conducts the recently released CD from the 2018 production of Stanford’s The Travelling Companion, now available on Somm Céleste. He is founding Musical Director of the Vienna Opera Festival and Academy, launched in Summer 2019 and for whom he will conduct Così fan tutte this Summer. His inspirational music-making has prompted guest invitations from English National Opera (where he completed two seasons as ENO Mackerras Conducting Fellow), Grange Park Opera, Opéra National de Paris, St Petersburg Festival Orchestra and many leading British orchestras including the Royal Philharmonic and Royal Liverpool Philharmonic Orchestra, which he conducted in Jesús León’s debut CD Bel Canto for Opus Arte CD, and Sinfonia Viva.

For English National Opera, he has conducted The Turn of the Screw, The Marriage of Figaro and La Traviata. At Grange Park Opera, he has conducted Madama Butterfly, Eugene Onegin, Rigoletto and Fortunio, which was also performed at the Buxton Festival, and with Opera della Luna The Daughter of the Regiment, Orpheus in the Underworld, the UK premiere of Johann Strauss’s operetta Das Spitzentuch der Königin, and Tales of Offenbach. Other operatic performances have included La bohème for Lyric Opera, Dublin, Bailey’s The Black Monk for The Sirius Ensemble, Haydn’s The Apothecary and La Canterina for Bampton Classical Opera, Hänsel und Gretel and Die Entführung aus dem Serail for British Youth Opera and Le Comte Ory for Chelsea Opera Group.

He has also worked as assistant to Mark Wigglesworth on Lulu and Ryan Wigglesworth on The Winter’s Tale at ENO, as well as assisting Edward Gardner on Eugene Onegin at the Opéra National de Paris and Anthony Negus on Tristan und Isolde at Longborough Festival Opera. For Pimlico Opera, he has conducted productions in various prisons, with a cast of inmates performing alongside professionals in repertoire include Carmen the Musical, Les Misérables, Sugar, Sister Act, Sweeney Todd and West Side Story.

Since 2019, Toby Purser has been Principal Guest Conductor of the Orion Orchestra, which he founded in 2005 and developed into one of London’s great orchestral successes, now recognised as a leading organisation for young musicians. Together they initiated the Alpha & Omega concert series, a Composers’ Prize, a Young Conductors’ Award and a Great Young Soloists series, as well as touring with them to Singapore as part of the Shaw Foundation’s ‘Ones to Watch’ Series.

As Artistic Director of the Peace and Prosperity Trust, he has been furthering cultural collaboration between the UK and the Middle East with concerts in Beirut and London, bringing together Western and Middle Eastern opera singers, helping relaunch the Beirut Orpheus Choir, and taking music and musical instruments to Syrian children in the refugee camps on the Lebanese/Syrian border.

“The ‘Choral’ Symphony received a terrifically exciting outing that lived up to its call-to-arms-in-brotherhood theme, a performance that punched at the stars. And so the first movement was a relentless headlong dash, with strict and consistent tempos lending an air of defiance, and the Scherzo enjoyed wonderfully detailed interplay, and there was no hanging around either. Whether there is a slow movement in this Symphony is a moot point, for here it benefited from flow and delightful dovetailing. Then to the Schiller-inspired Finale, here tremendous, suitably joyous and communicating exhilarated feeling, with mostly fine solo singing and glorious contributions from the London Philharmonic Choir: fraternal music-making.”
Kevin Rogers, Classical Source

“…the performance was conducted with great vigour and musical intensity by Toby Purser.”

Britten: The Turn of the Screw / English National Opera

“Toby Purser led a chamber-sized section of ENO Orchestra’s senior players in a pinpoint reading of the score, spot on in tempi and mood.”

“…a first-night performance of scintillating precision under Toby Purser.”

Donizetti: The Daughter of the Regiment / Opera Della Luna at Iford Arts

“The Orchestra of Opera Della Luna, conducted with poise and focus by Toby Purser, make a rich, lyrical, engaging sound which fills the cloister.”

“The orchestra, conducted by Toby Purser, brings all the rhythm and humour of the music.”

“Director Jeff Clarke and his designers Nigel Howard & Graham Wynne and conductor Toby Purser simply threw away the rule book for this English-language version and solved the production “problems” with panache, wit, imagination and, well, plenty of va-va-vroom.”

“The conductor Toby Purser, who worked with Grange Park Opera’s Rising Stars with memorable results in their Yevgeny Onegin at Nevill Holt last year, really had the measure of the music. He kept a precise hold on its sentimentality and comedy, generally flattered the direction and designs, and drew a Gallic sheen from the ‘Orchestre de Maître André.”

“But the best characterisations by far lay in in the orchestral pit, where Toby Purser’s baton slashed through the air, keeping Messager’s elegant score rippling along.”

“It was Toby Purser’s briskly energetic conducting that carried the evening.”

“It’s all good clean fun, underpinned by the vivacious playing of a sprightly band ably conducted by Toby Purser.”

“…the two scores turn out to be top-drawer Offenbach, each one a succession of clever and attractive numbers expertly delivered by the cast and given sharpness and vivacity by conductor Toby Purser.”

“Purser kept things whipping along, but judiciously allowed the cast to make the comic moments tell.”

“Purser is the galvanising conductor of a small but sprightly pit band.”

“The richness of the fabrics on view has its parallel in he glorious sound encouraged from players and singers by conductor Toby Purser.”

“…attacked the score with plenty of braggadocio, Italian swagger and French farce combining to raise some much needed laughs this weekend.”

“Toby Purser conducted a fine account of the score.”

“Toby Purser draws the complex musical threads of the piece in a performance that does its best with middling material.”

“…Toby Purser conducts with vigour and a fine sense of style. Musical values are consistently high.”

“Toby Purser’s excellent conducting and the overall balance he achieved made you realize how much of the detail of Pushkin’s atmosphere, character and story is conveyed by Tchaikovsky’s music.”

“The conductor Toby Purser, on the far left of his forces, kept them in firm control while affectionately unfolding Tchaikovsky’s score…”

“Such is the musical energy under the baton of young Toby Purser, that this Rigoletto makes its own distinctive mark.”

“The ensembles are well-balanced, the English Chamber Orchestra’s performance under Toby Purser as vivid and precise as its Wagner was not. Purser can colour a moment without losing propulsion or line.”

“Most impressive of all was the vivid conducting of another rising young talent, Toby Purser.”

“Purser kept tempi brisk and flowing, got the rhythms and accents into the music in all the right places, and kept the balance between stage and pit well-judged at all times: he was considerate to his singers, and they followed his beat well.”

“…the clear beat of conductor Toby Purser, whose keen understanding of Verdi’s score is demonstrated in every single bar.”

“Conductor Toby Purser and the Orchestra of Nevill Holt provided well-disciplined accompaniment. Purser allowed the music to flow and breathe, displaying a real feel for the ebb and flow of Verdi’s lines. He gave the singers time to breathe and shape their lines.”

“The real star of the evening was Toby Purser, who directed the whole show with a mastery and understanding of the music. His careful preparation of the orchestra, and his interpretations, were eagerly welcomed by a very enthusiastic audience.”

“If you want to learn the secret of classical music’s perennial good health, look no further. The programme was stunning…the sound had at times a burnished perfection…. The way Purser and his players negotiated the sinister muted waltz in the second movement [of Shostakovich Symphony No.9], and the grotesquery of the last, was masterly.”

“[Orion]…played with enormous ebullience and abandon…This intense and energetic performance [of Shostakovich Symphony No. 9] was a welcome outing for this under-rated and seldom-performed work, ending a hugely enjoyable evening of contrasting moods.”

“ Toby Purser led his equally young musicians assuredly through the potential minefield of this mainly Romantic music. The Tristan Prelude had an apposite yearning quality to it but there was also a youthful eagerness to press on with the chromatic melodies.”

“The concert included Elgar’s Serenade for Strings, in which Purser coaxed a most touching pianissimo from the orchestra, and Vaughan Williams’ great Fantasia on a Theme of Thomas Tallis, in which Purser aimed, and succeeded, in giving us ‘a glimpse of something of eternal beauty’.”

“ [Purser] …raised the performance to the level of the truly ethereal…an incredible performance.”

Toby Purser conducts the Prelude to Stanford’s The Travelling Companion