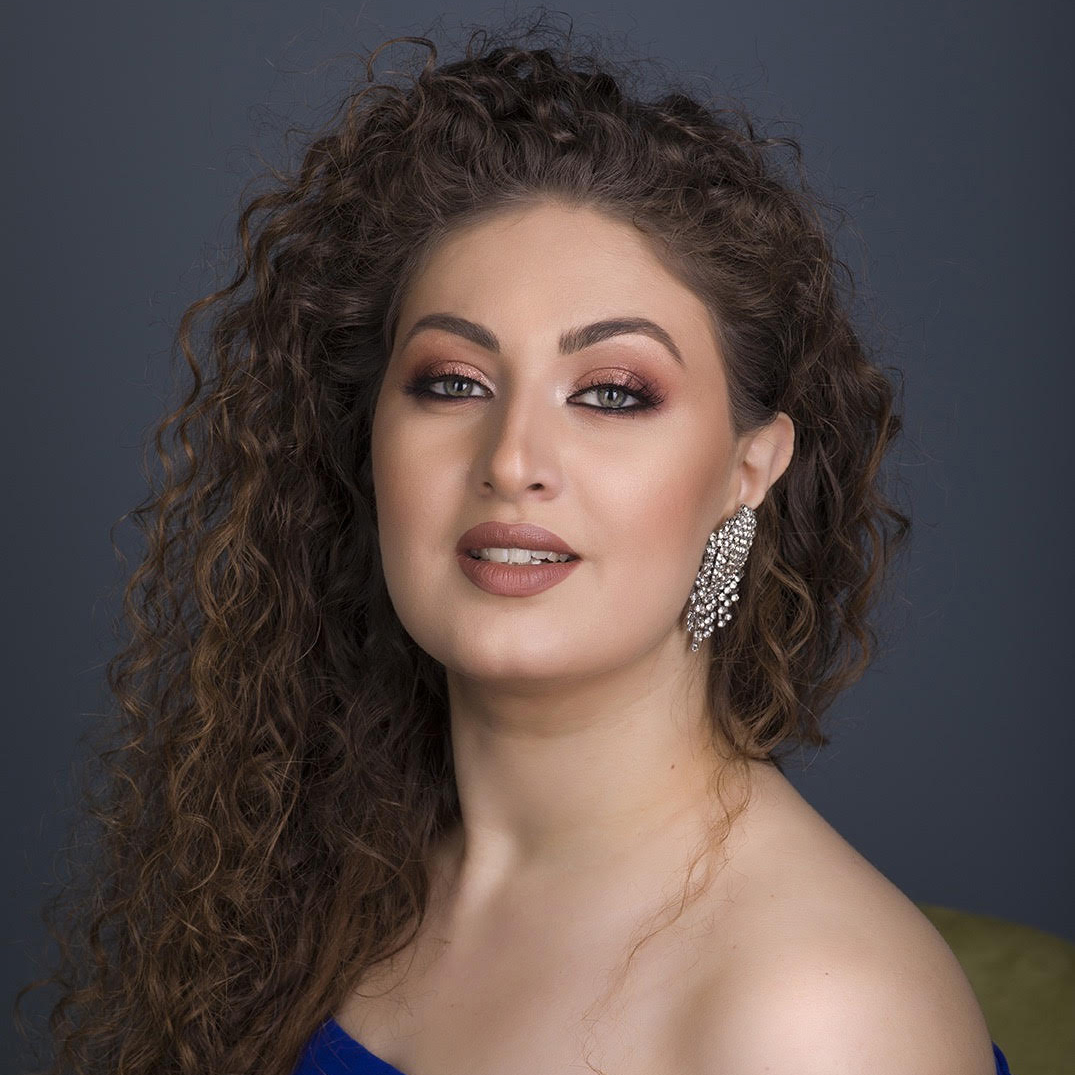 The Times: Anush Hovhannisyan is The Face to Watch in Opera 2020

Congratulations to Anush Hovhannisyan, who has been selected by The Times as The Face to Watch in Opera 2020 ahead of her upcoming performances in Les vêpres siciliennes with Welsh National Opera and with Opera Holland Park in Eugene Onegin. 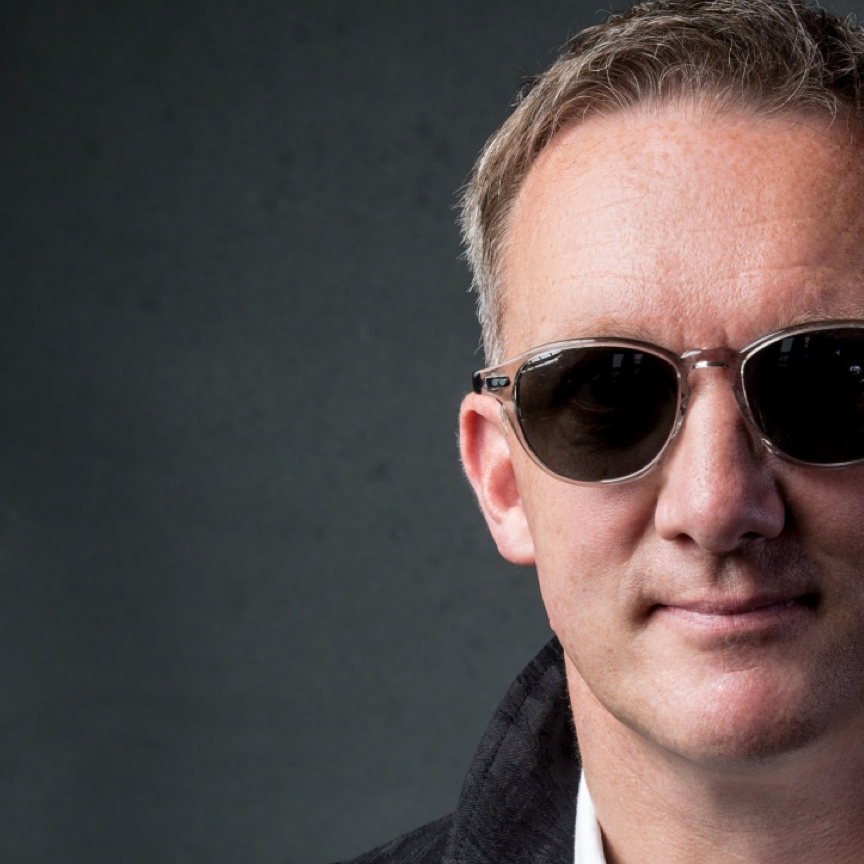 Congratulations to John Rigby who has been nominated for Best Musical Direction for the new production of Joseph and the Amazing Technicolor Dreamcoat at the London’s Palladium 20th Annual WhatsOnStage Awards.

“First in Chanel black, then in Schiaparelli pink to show her perilous new fondness for the sunlit upper world, Jennifer France as the Princess made a truly auspicious Coliseum debut. Her duets with (Nicholas) Lester, as she entices the poet into her realm of shadows only to despatch him back andjeopardiseher own status as an immortal, had a show-stealing Gothic glamour and shimmer, the voice angelic and fleshly at once.”

“Jennifer France (ENO debut) as a high soprano Princess (her love aria and duet with Orphée piercingly dramatic) is a couturier’s dream (costumes black and white and then negative reverse). Her surprise magenta gown brings gasps from the auditorium.”

“…Jennifer France’s electrifying Princess, weaving her spells at the top of the voice, of hint of violence in its razor edge. This is another exciting ENO debut.”

“The best of the singers hail from the underworld, Jennifer France being icily brilliant as the Princess, bringer of death…”

“The excellent cast is dominated by France, by turns glacial, gloriously imperious and exquisite as the Princess.”

“Jennifer France, making her ENO debut as the Princess, cut an icy path through the show with sharp costume and clean, precise sound.”

“Jennifer France’s Princess manages to be enigmatic and imperious, embracing everything the dour Eurydice is not. There is an elegance to France’s Princess of Death, a rhythmic power to her characterisation of the role which is faultless. It isn’t just the crystal-like purity, the diamond-cut precision of her singing which is so striking but the way she acts which also gives this assumption such presence. Standing centre stage, swatched in black. She can sometimes seem larger than life; walking in the shadow scene there is a rhythm to her steps which moves in complete harmony with the music. She seems a source of mystery, no more she than when she disappears through the mirrors and fades into the darkness. The voice is tenebrous, yet completely resolute. There is a haunting, but formidable projection to what she sings. And yet she is fundamentally human, capable of seeming completely tragic as she resolves to forego her own love.”

“…the night’s most striking performance was Jennifer France as the Princess. Alluring in vocal artistry as well as adept as an actor, France’s performance of the Princess was effortless. Stalking across the stage in patent stilettos, this femme fatale was acutely attentive to performance direction. Dynamic and tonal demands were met hand-in-glove, with France’s pianissimi notably her defining skill.”

“France has a clarion soprano of great beauty and flexibility all elements of which were on display. Not only a vocal triumph, France encapsulated the dangerous, enigmatic beauty of the Princess.”

“…above all it’s down to Jennifer France as the Princess: sensuous and regal in her movements, elegant in her gestures and in absolute, thrilling command of a voice that expanded, through the drama, from diamond-cut poise to tremulous, neon-lit passion. And yet there’s no sense of France upstaging anyone. She’s the dark star around which this whole wondrous spectacle orbits: ravishing, poignant and leaving an oddly uplifting sense that some mysteries are beyond the reach even of art. When in Act One the Princess glided around the sleeping Orphée to a yearning flute melody, a vast image of her unblinking, stricken face flickering behind her, I found myself willing it to continue — and actually resenting the approaching interval. I think the word for that is a triumph.”

“A strong cast is rightly dominated by Jennifer France, sustaining preposterously stratospheric lines as the Princess…”
Richard Morrison, The Times 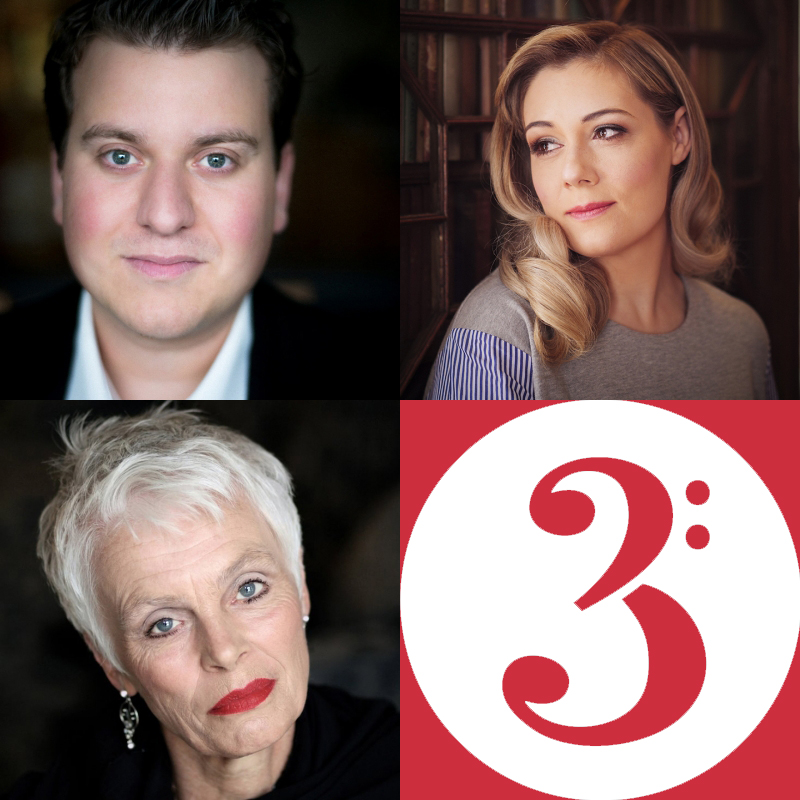 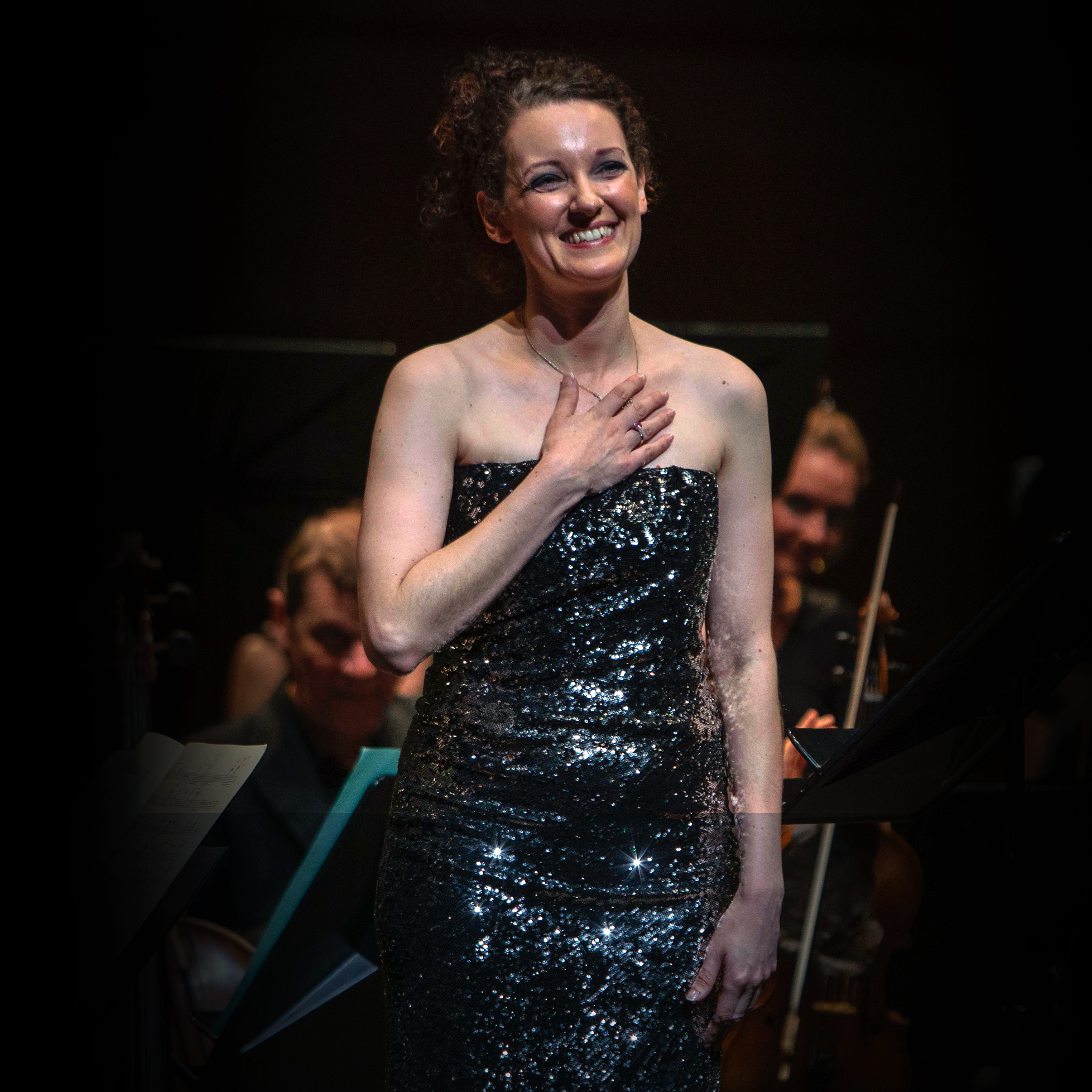 Congratulations to Jennifer France who made a triumphant debut at the Salzburg Festival last month singing Pascal Dusapin's Medamaterial with Vocalconsort Berlin and the Akademie für Alte Musik conducted by Franck Ollu.
For Larissa Schütz at Austria Presse Agentur, Larissa Schütz, “The secret weapon in this thrilling evening was Jennifer France. In addition to her aptitude for contemporary music, the soprano is also known for her acting qualities, skilfully deployed during the short of hour of this performance, sometimes in monologue (spoken as well as sung), sometimes in dialogue with the chorus and speakers.” For Gottfried Frank Kasparek at Drehpunktkultur,
“Jennifer France meets the demands of this extremely difficult role with dedication, a seemingly effortless coloratura soprano and also suitably expressive facial expressions. As far as possible, within a concert environment, she presents, rather than a fury, a deeply wounded woman drifting in to madness.” For Walter Weidringer at Die Presse, “Dusapin pushes his protagonist again and again up to the high E in her painful arabesques, which is far from child’s play, but the famous soprano Jennifer France masters this brilliantly. She stammers, cries and whines, or even, taken aback, speaks, her slight accent appropriate for a character who is a stranger: hurrah for a short but intense evening.” For Karl Harb at Salzburger Nachrichten, “Whether pushing her brightly projecting voice to stratospheric heights, or engaging in darkly whispered speaking passages, Jennifer France delineates the stages of her journey from thought to action, from indictment to insanity, from anger to despair, depending on her state of mind, even sometimes retreating in to silence. Even in a concert performance, one always felt that one was in a theatre.” (Photographer: Marco Borrelli) 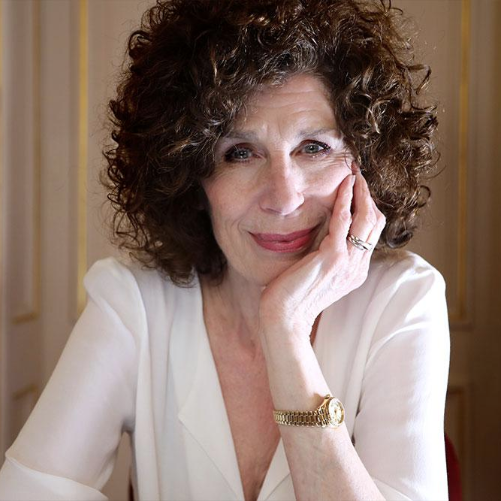 As she celebrates her 70th Birthday, Rosalind Plowright OBE continues her performances as Contessa di Coigny in the revival of Andrea Chénier at the Royal Opera House, Covent Garden, and sings Madame Arvidson in Opera Holland Park’s new production of Un ballo in maschera. 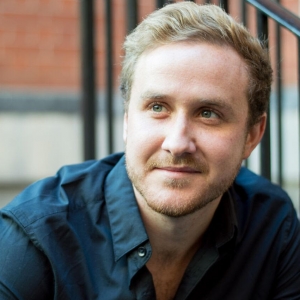 Cardiff Singer Of The World 2019 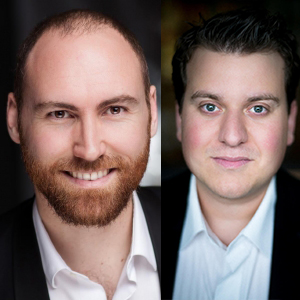 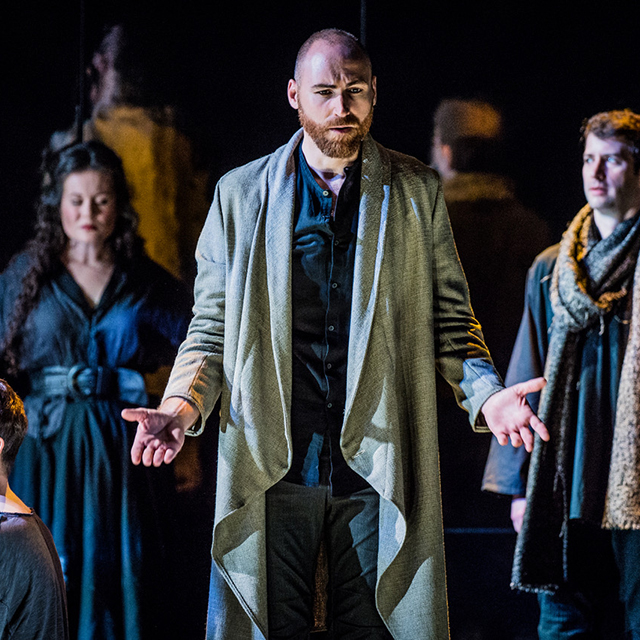 There has been critical praise for Jorge Navarro Colorado in his debut with English Touring Opera singing the title role in Carissimi’s Jonas.

For The Guardian, Tim Ashley writes “It is deeply touching and Jorge Navarro Colorado sings Jonas’s great prayer with beauty and sincerity.”

For Sam Smith at Music OMH, “Jorge Navarro Colorado stands out, in particular, in the tile role.”

For The Times, Rebecca Franks writes “Just as Dido sings her great lament, Jonas prays for forgiveness, and the fervent devotion of the tenor Jorge Navarro Colorado feels genuine.”

Jonas plays in a triple bill with I Will Not Speak (staged madrigals by Gesualdo) and Purcell’s Dido and Aeneas until 22 November. 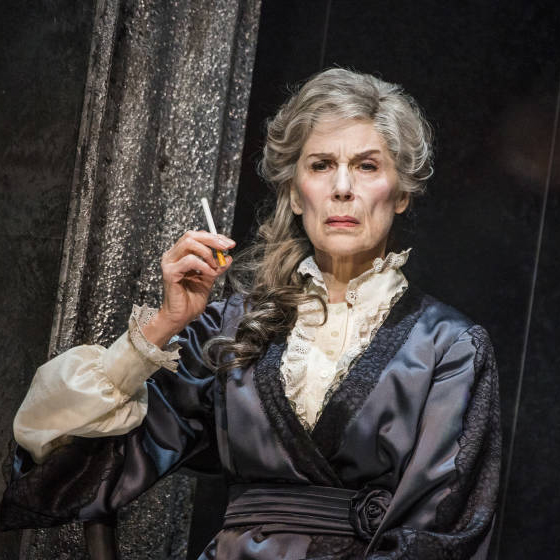 Reviews for Rosalind Plowright in Vanessa at Glyndebourne Festival 2018

Rosalind Plowright made her Glyndebourne Festival debut this Summer in Keith Warner’s new production of Vanessa conducted by Jakub Hrůša, reviewing much critical acclaim for her performance as The Old Baroness. A selection of the reviews:

“Rosalind Plowright makes her presence felt in the vocally unrewarding role of the Old Baroness, Vanessa's mother, who sings only to those who connect to life.” David Nice – The Arts Desk

“The Old Baroness is principally a silent watcher who doesn’t have much to sing, but some of her interventions come at crucial moments and Rosalind Plowright made the most of them: her retort to Erika that “he saw your money before he saw your eyes” was the most telling line of the evening.“ David Karlin - Bachtrack

“As conceived by Menotti, the Old Baroness is prone to mysterious, emblematic silence yet Rosalind Plowright manages to convey the bitter knowingness behind her withdrawal.” David Gutman - Classical Source

“Rosalind Plowright’s Old Baroness is a terrifying portrait of moral rectitude; though physically frail, the Baroness is a commanding presence, her silence both the judge and the punishment.” Claire Seymour - Opera Today

“…as the Old Baroness Rosalind Plowright effects an imposing, often forbidding presence even when silent, garnishing the singing part of her role with her wonderful fruity mezzo.” Hugh Canning - The Sunday Times

“…as the Old Baroness Rosalind Plowright effects an imposing, often forbidding presence even when silent, garnishing the singing part of her role with her wonderful fruity mezzo.” Stephen Pettitt - The Times

With the on-going consequences of the COVID-19 pandemic, there are no confirmed events for this month