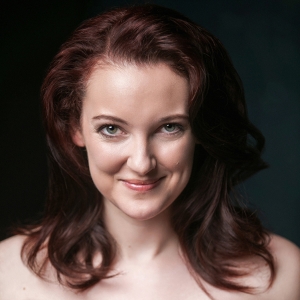 “…surely the Zerbinetta of our dreams: nimble in her acting as she is agile in her singing; she exudes charisma and guile in equal measure.” Matthew Rye - Bachtrack

“Jennifer France’s Zerbinetta brings the Composer down to earth with a lovely blend of pragmatism and tenderness, then in the Opera opens out into a sensational account of the long coloratura aria ‘Großmächtige Prinzessin...” Peter Reed - Classical Source

“Jennifer France’s sparky Zerbinetta rises to the virtuoso challenge of her showpiece aria with aplomb.” George Hall - The Financial Times

“Jennifer France was the true Sirius in a stellar show, delivering her vocal acrobatics with astonishing athleticism, precision and expressive nuance, all the while performing a teasing strip-show. Languor and assertiveness were wonderfully melded in sensual sublimity. It was hard to tell who enjoyed it most; France or the mesmerised audience.” Claire Seymour - Opera Today

“Her command of the music means that she can negotiate the felicitates of the staging with ease; but it was the vocal fireworks that were most memorable. She commands the stage with her mesmerising presence; her sound enchants the ear.” Colin Clarke - Seen and Heard International

“Jennifer France embodies the role of the life-loving Zerbinetta, sparkling in the coloratura showpiece ‘Großmächtige Prinzessin’.” Inge Kjemtrup - The Stage

“(Jennifer) France delivers coloratura thrills whilst swinging across the stage in the skimpiest of costumes.” Neil Fisher - The Times

“When it comes to Zerbinetta, a role of a gold for a coloratura soprano, we’re in star-turn territory. Jennifer France has been championed by OHP for several years now and she returns the company’s faith in her by delivering one of the performances of the year. Decked out like Marlene Dietrich, France performs an elaborate striptease during her 12-minute showstopping aria and, I swear, makes eye contact with every hot-blooded male and female in the audience. More importantly, this living jewel in opera’s crown sings the heck out of her music - helium notes and all.” Mark Valencia - WhatsOnStage