Reviews for Lee Bisset as Isolde at Longborough Opera 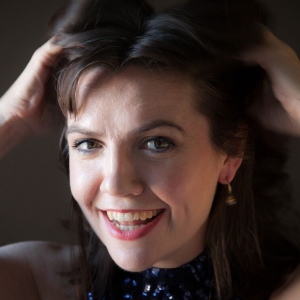 Lee Bisset received outstanding reviews for her return to the role of Isolde in Longborough Festival Opera’s revival of Tristan und Isolde, The Times writing:

"Lee Bisset is an overwhelming and richly luminous Isolde, taking us from death-filled desires to feverish love with stamina and insight."

Other reviews were no less enthusiastic:

“Isolde is a passionate young girl with a manipulative streak. But what Wagnerian soprano ever troubles to convey such mundane intricacies? At Longborough Lee Bissett does so, and with enormous intelligence and conviction. Not only does she sing with power and control, but from the start she creates, through bodily gesture and mobile facial expression, a vivid image of a young woman who is finding it hard to decide whether she hates or is in love with the man who is escorting her to marry the King of Cornwall. And once she has made up her mind, she conveys equally well the rapture and intensity, and the inevitable doom, of the love in question.“ The Arts Desk

“First among equals was Lee Bisset, a natural Wagnerian who impressed as Sieglinde in Opera North's Ring project, and who here delivered an Isolde that was more than the equal of any you will find on the international stage today." Bachtrack

“By not getting in the way, the staging enhances the intensity between the lovers, and with Peter Wedd (who was in the original run) and Lee Bisset you see and hear something quite remarkable unfold, something you know the opera carries but which rarely erupts to such annihilating effect, and it’s not just because they both are easy on the eye. On first-night Wedd’s singing was heroic and tireless, and the final Act must count as this already-superb Wagner-tenor’s finest achievement, on top of which he delivers Tristan’s madness with a truly distressing realism. Bisset’s soprano had the penetration, lyricism, range and volume to encompass Isolde’s imperious will and extreme vulnerability in Act One and, with Wedd of course, a sensationally erotic love-duet in the next one; they practically devoured each other, matched by singing of sublime tenderness and volcanic passion.” Classical Source

“As well as proving the most engaging and subtle of actors, Lee Bisset is vocally brilliant, with a soprano that can display sensitivity, restraint, strength and power while still always achieving a sense of overarching unity." Music OMH

"The most important change of cast is the Isolde of Lee Bisset. Two years ago (her predecessor) was powerful and passionate, sometimes almost too loud, but Bisset has a greater regal presence, a richer tone, and integrates passages that can sound like mere declamation into the overall forward pressure of the drama. She and the Tristan of Peter Wedd make the most convincing couple I have ever seen in this work." The Spectator

"I fear that I will run short of compliments for the two title characters. Lee Bisset, who debuted in the second cast in 2015, turned out to be the Isolde of my dreams, finished in every inch, felt to the very depths. This is one of those singers who rivet one’s attention from their first entrance onstage, engage the listener not only with perfect mastery of their part, but also with an accurate feel for the words and fantastic acting. Bisset pulled off something that (her predecessor) had previously been unable to manage – to show Isolde as an equal partner to Tristan, a strong woman aware from the outset of her feelings, with which she initially fights as fiercely as she later yields to them. Her dark, expressive, strikingly powerful soprano sparkles with every hue of emotion: it sounded one way in the fiery, furious duet with Brangäne, another way in ecstatic union with Tristan, for whom she had longed for years." Upiór w operze

Lee Bisset as Isolde, Peter Wedd as Tristan and Stuart Pendred as Kurwenal.